So Google maps tells me I’m 47 minutes away from where I need to be in half an hour… meh, I’ll make it on time! I hugged the speed limit as I made my way to the meeting point for a feed, an icy cold beverage and some catching up with the boys. I followed a midnight purple R34 GTR and red Integra into the car park, it seems I’d made it in time after all! 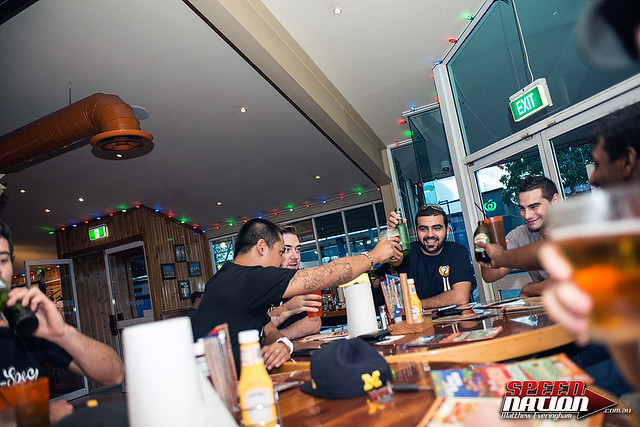 Josh and Jason has organised a Turbo-spec meet at Hooters, Parramatta. Tonight’s agenda was simple. Deep fried, deep fried chicken wings with an extra helping of oil and a few beers/soft drinks. 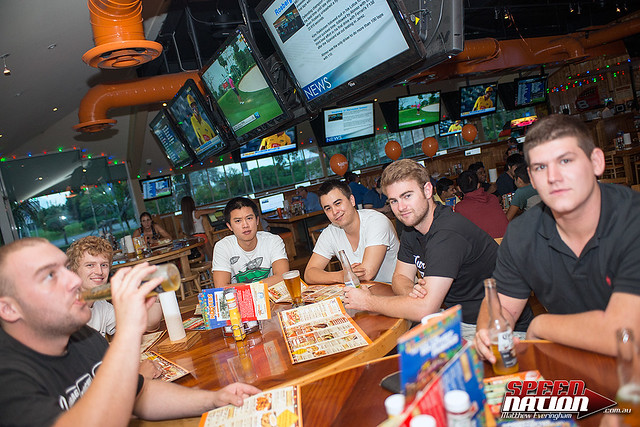 That was the extent of the plans made, and judging by the turn out for fairly impromptu event it seemed to have struck a chord with the majority of us.About 20 of us rocked up and took over a quarter of the restaurant and our entourage of vehicles took up a good proportion of their car park too. 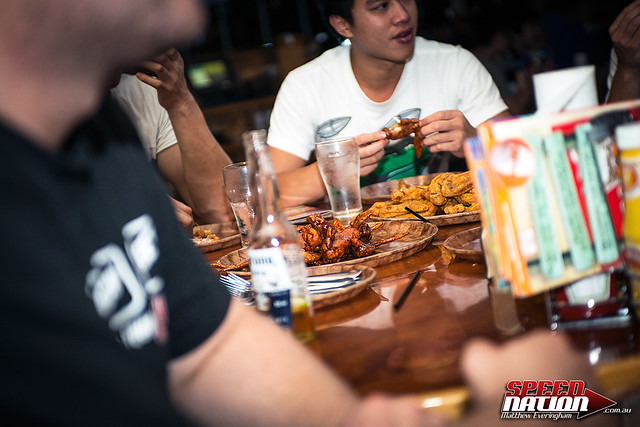 After a quick round of introductions to some of the newer crew members some beers were bought and the car chat began. It was a super relaxed atmosphere with plenty to discuss, and even more eye candy for the conversation dropped off or that damned ‘birthday song’ got cranked up to 11!  It was agreed that the management of Hooters still had pretty good taste. 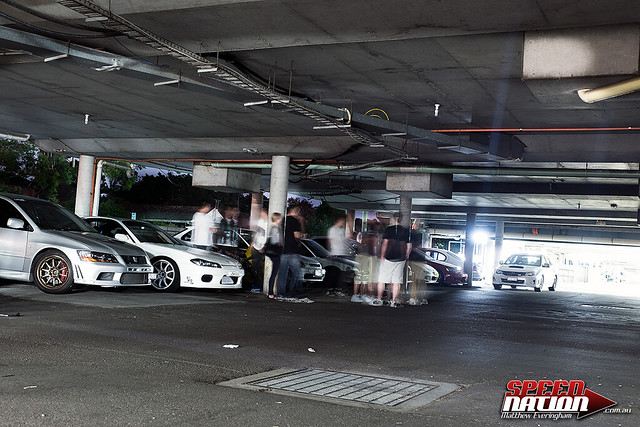 After we coated our arteries with deep fried golden goodness we made our way down to the car park for a spot of show and tell followed by a quick excursion over towards to the refineries to see if we could find a nice spot for a group shot. It was getting late for a week night (Yes I’m getting old) so we settled for one single shot. 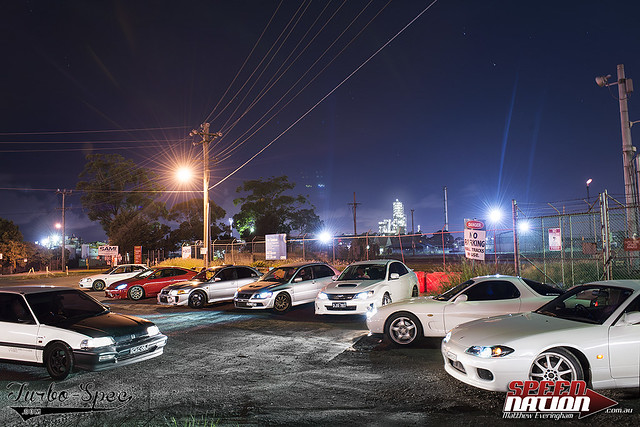 All in all it was a good, relaxing night! I’d almost forgotten what they were like. We’ll have to do something similar again soon!