Gazoo Racing have an incredible record with their assaults on foreign soil. Winning championships and races with both their 86 bred cars and also the Lexus LFA, their star continues to rise in both motorsport and street scenes.

The car debuted at the 2014 Tokyo Auto Salon, they threw out the red carpet to another prototype, and what they revealed is a street version of their GT86 Nurburgring 24 Hour racing car. This the same car currently on display at MegaWeb a massive showroom and interactive centre at Odaiba in Tokyo. Fortunately, MegWeb was one of the stops on our list during out Epic Japanese adventure with Toyota Australia and the Downshift Boys..

If you live outside of Japan, there’s a good chance that this is your first opportunity to get up close and personal with it. 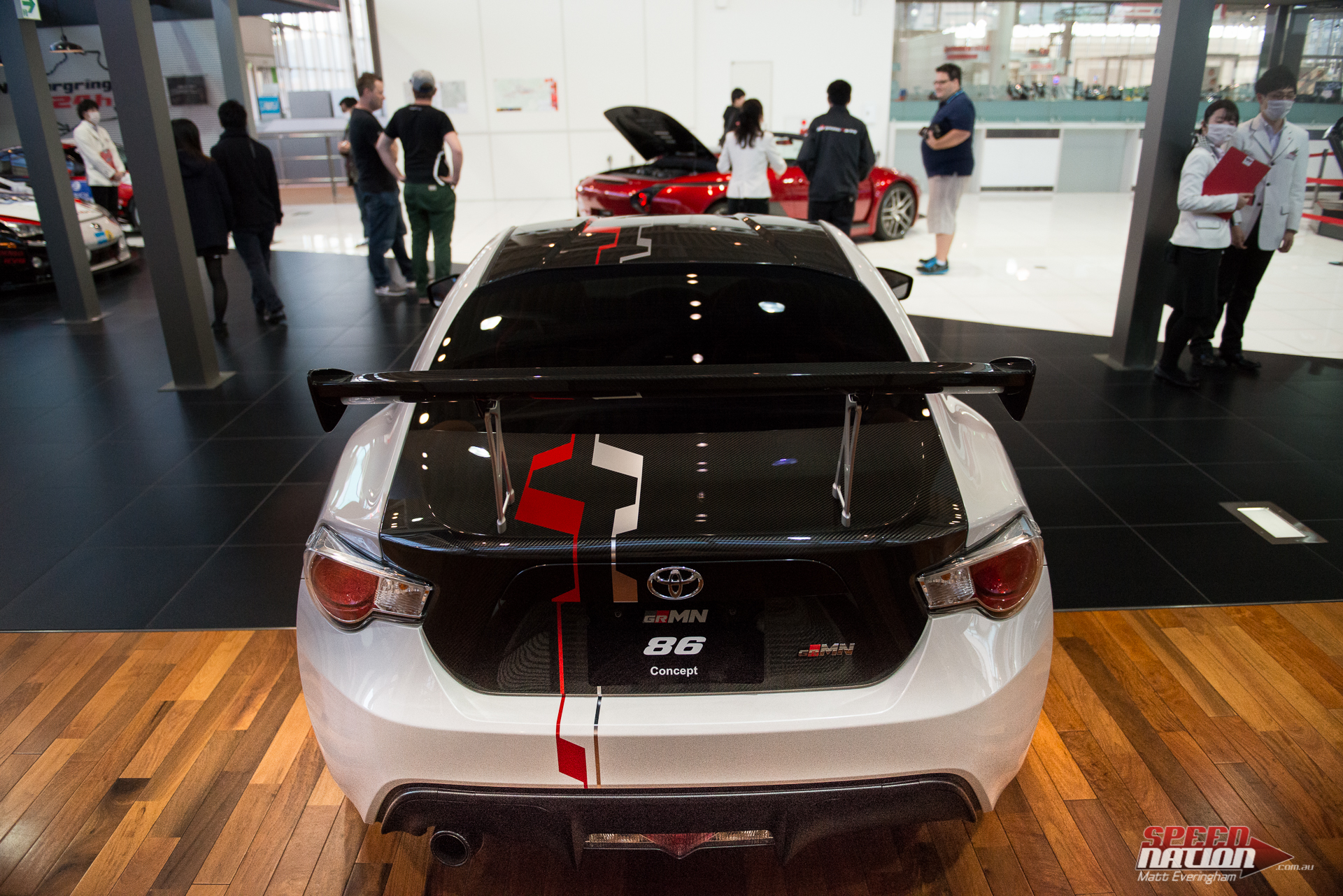 Without the need to overcome the incredible torture of the Nurburgring itself, Gazoo Racing were able to tone the street car down somewhat and smooth off those sharp edges. One area in which they’ve done this is with the use of a slightly milder brake package: the Nurburgring car looks to have 6-spot front and 4-spot rear brakes on huge cross-drilled rotors, while the GRMN 86 Concept appears to be wearing 4-spot front brakes on slotted rotors. 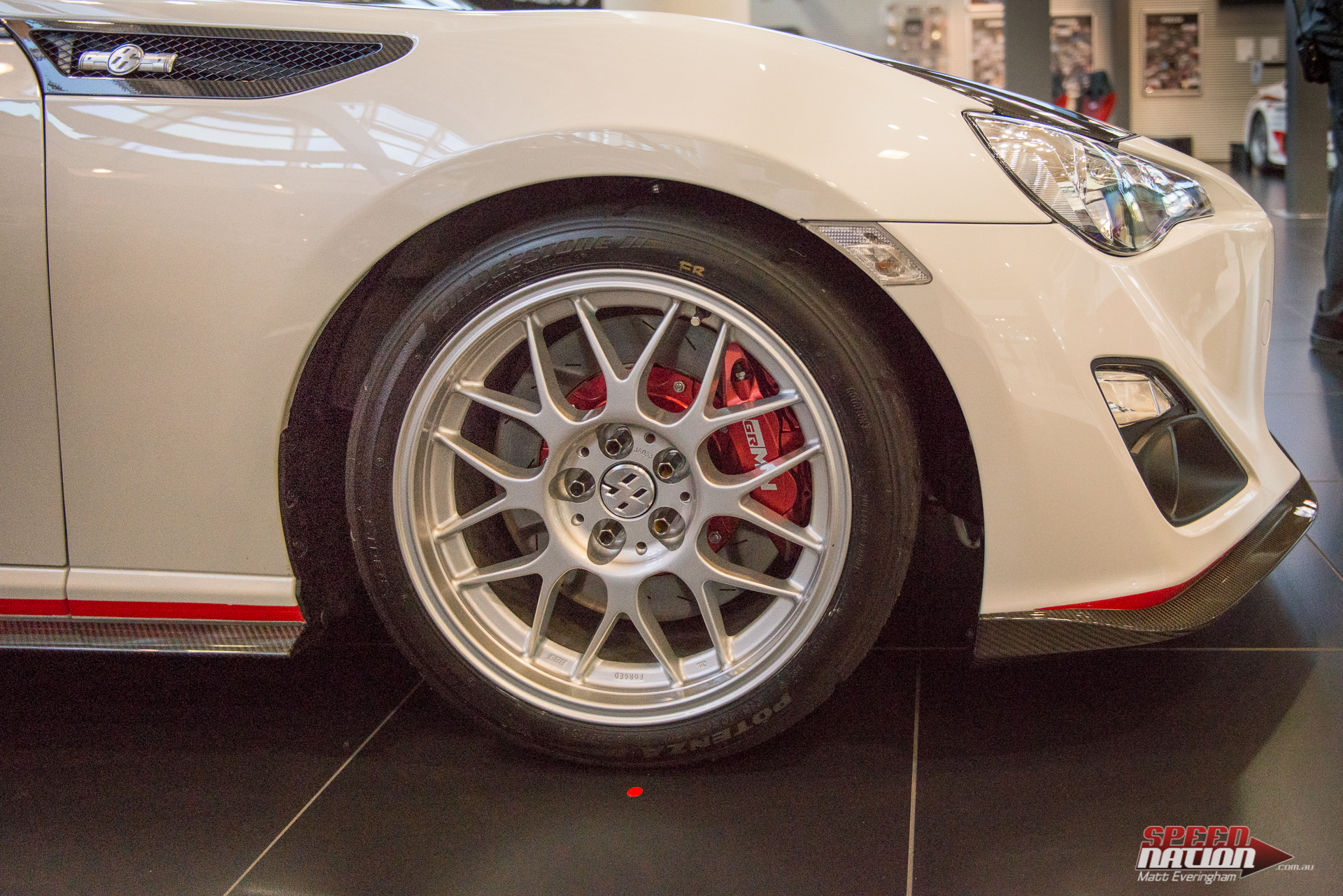 The engine and drivetrain appear mostly unmodified (power and torque figures are unchanged), but the visuals have not been spared, either inside or out! Both cars have carbon fibre bonnets, hatch lids, front splitter, side skirts, mirror caps, front fender vent garnishes, as well as a fixed carbon rear spoiler on aluminium uprights. 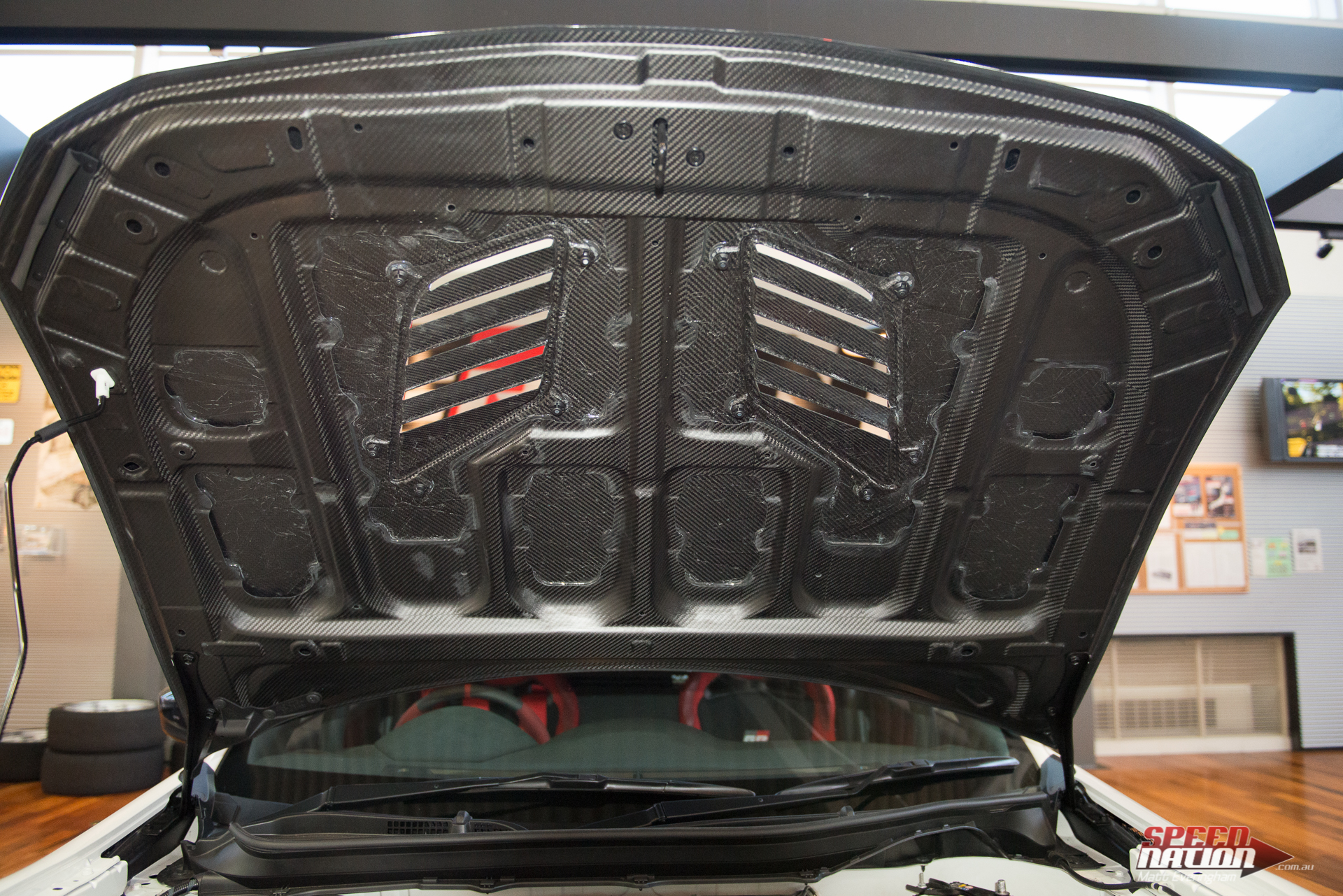 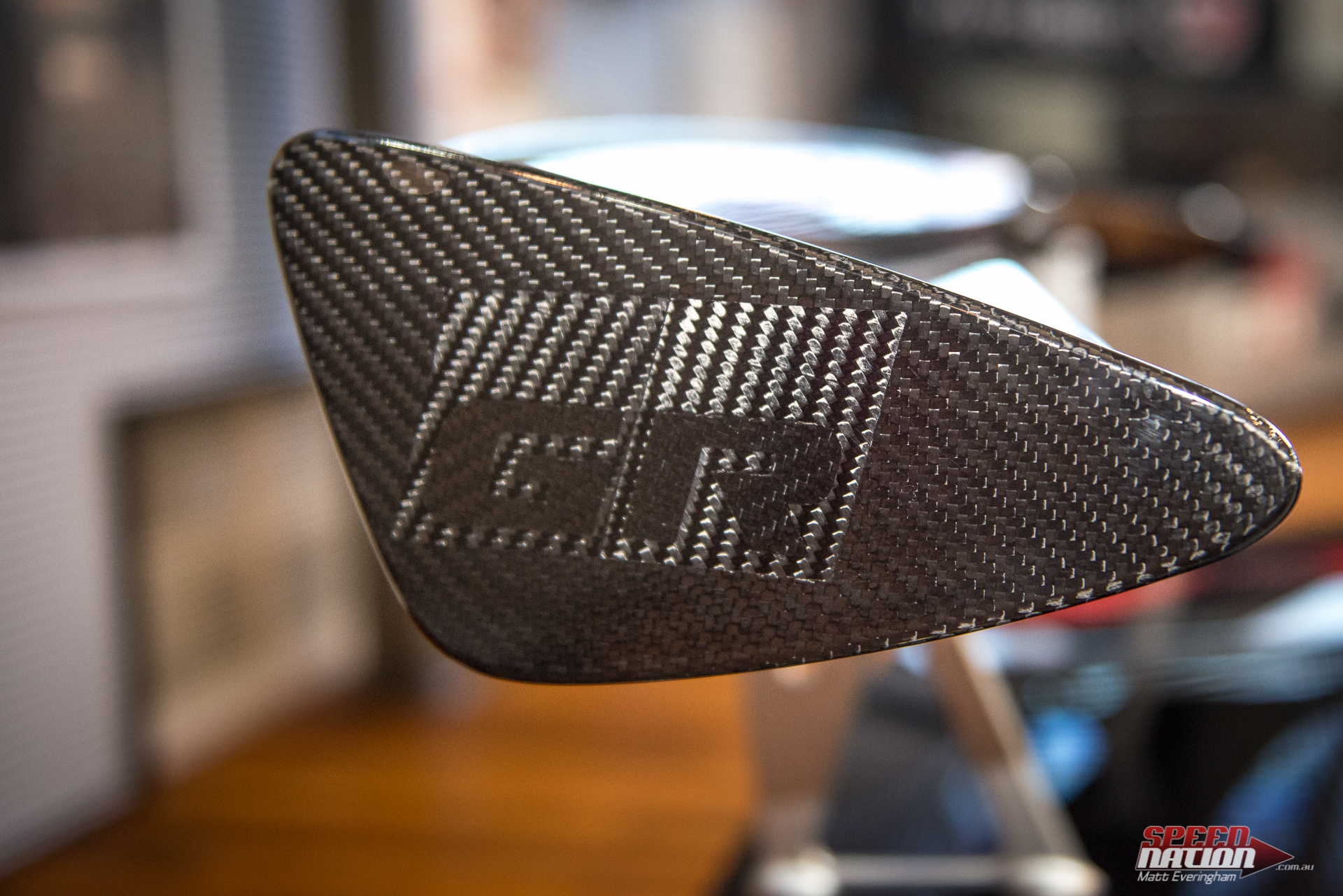 The attention to detail is ridiculous. 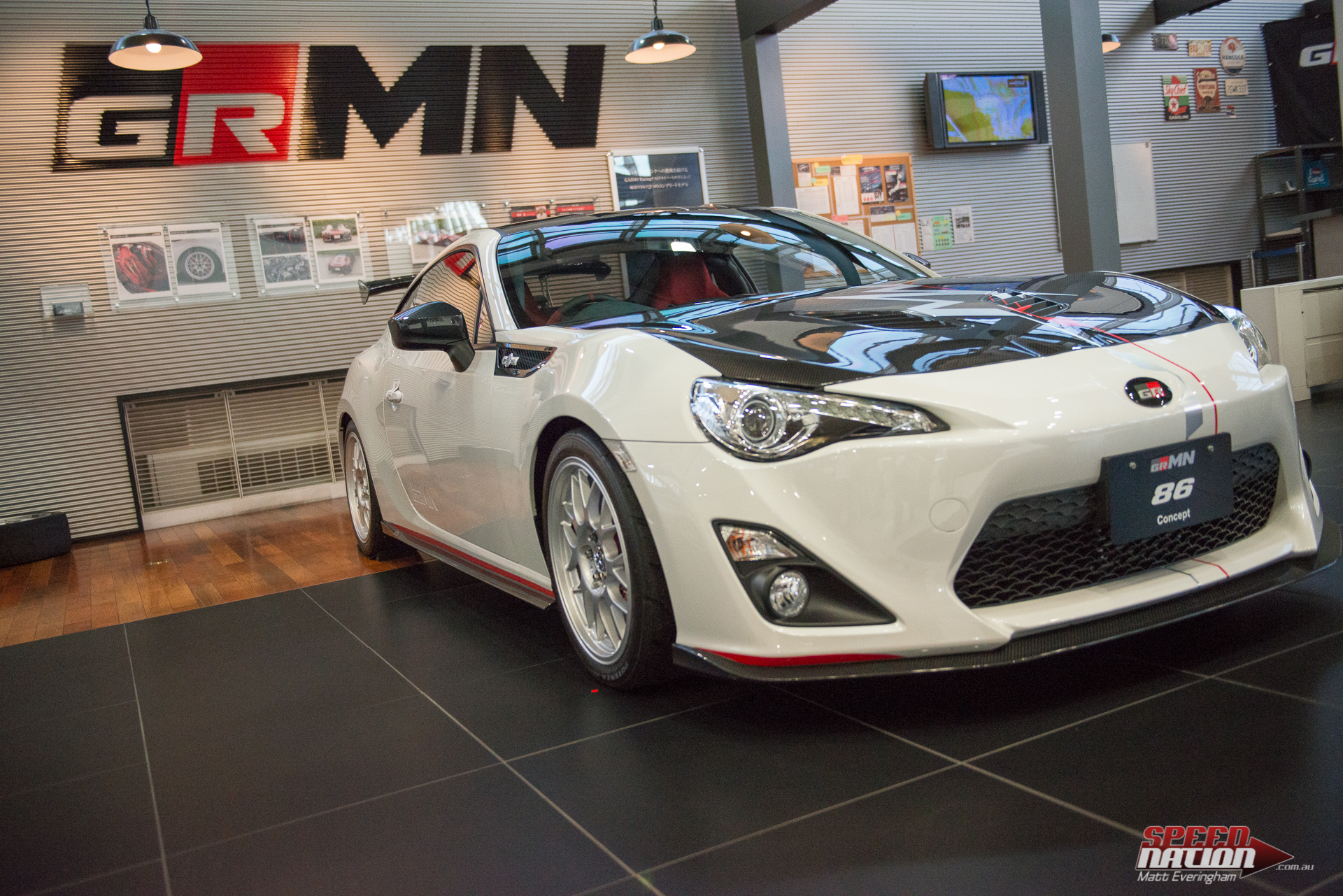 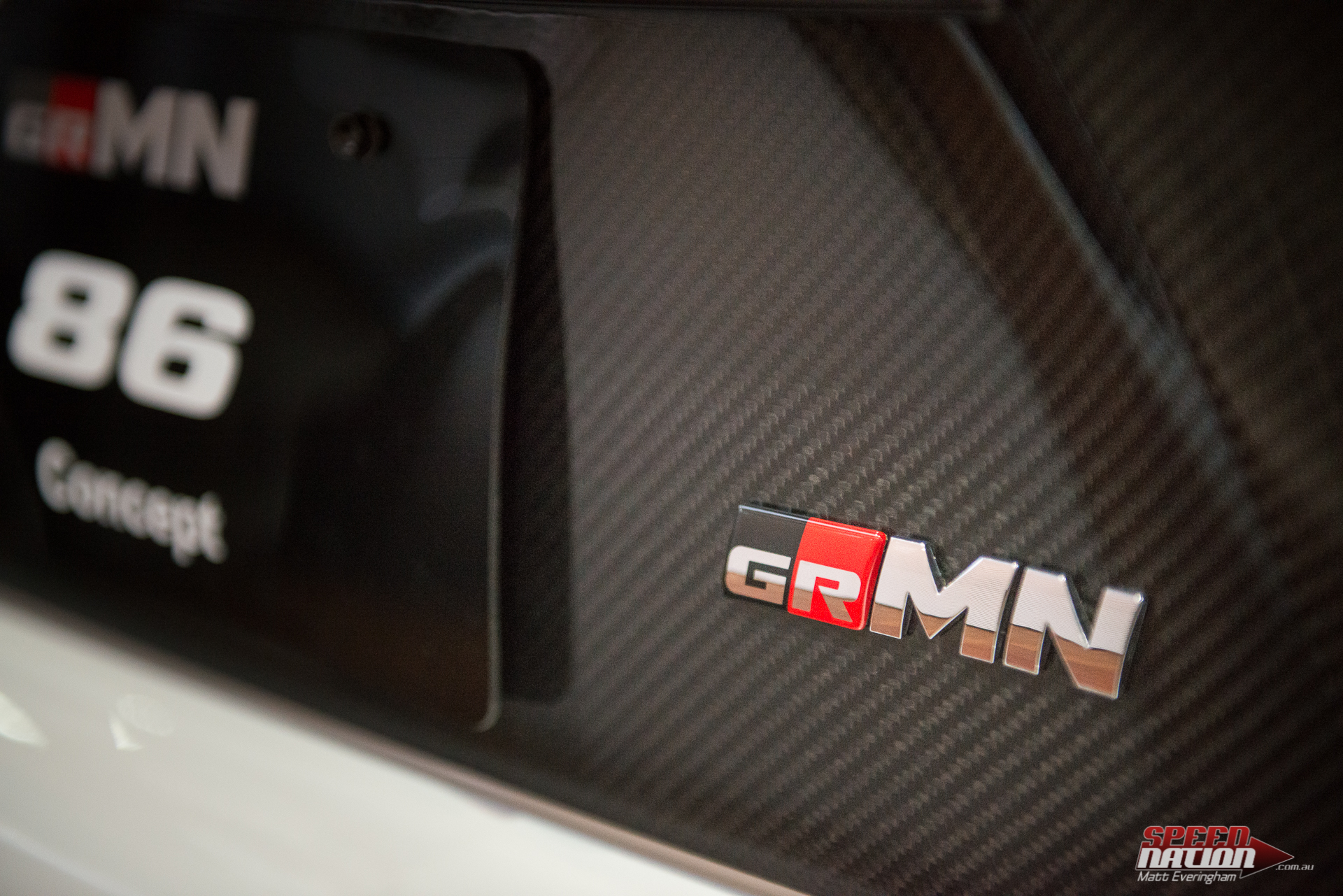 The rear diffuser has been revised, and there’s now only a single exhaust exit too (with matching carbon trim, of course). 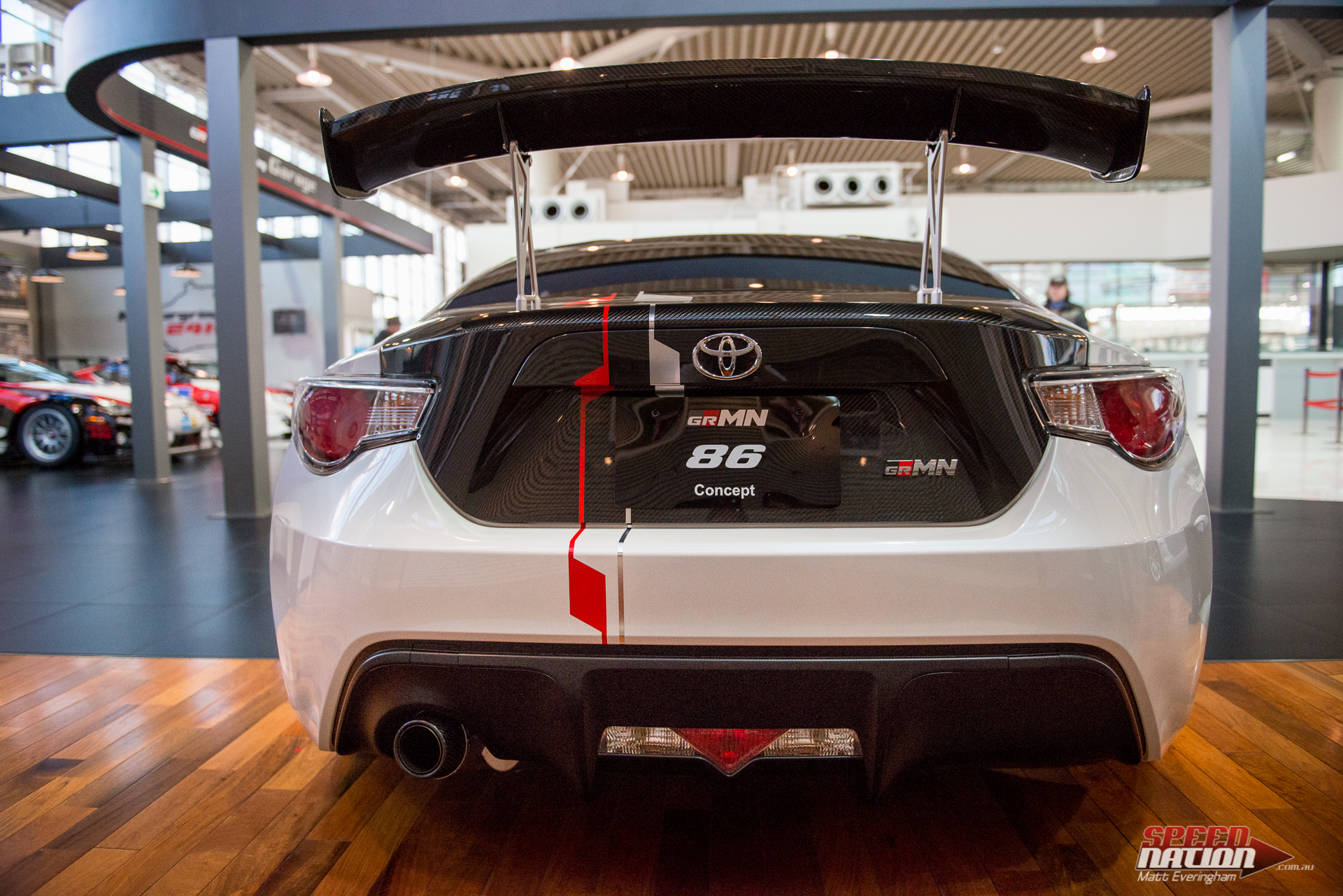 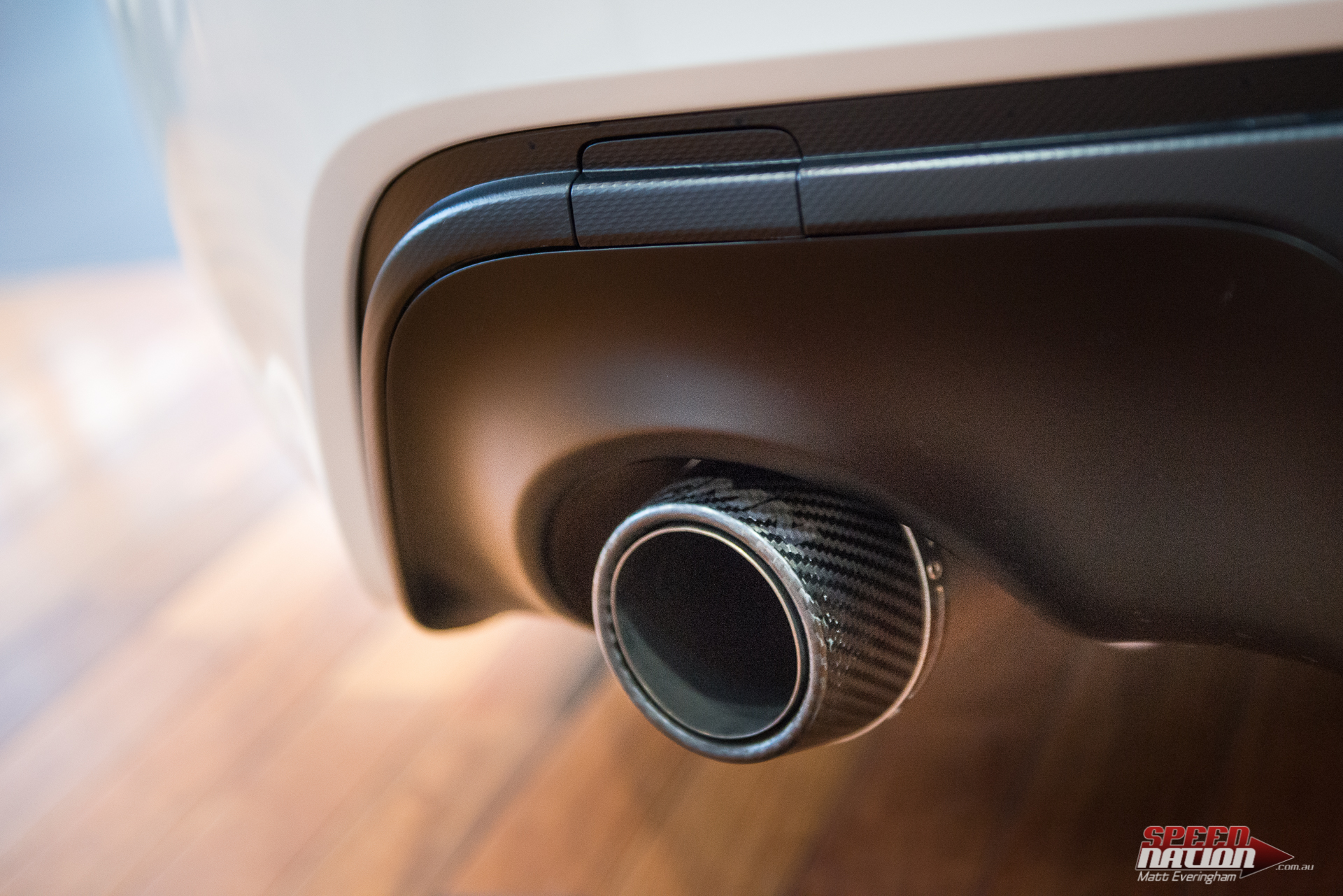 The interior cops a new set of carbon-backed buckets with a Schroth harness for the driver, and there is a roll cage and additional bracing fitted. 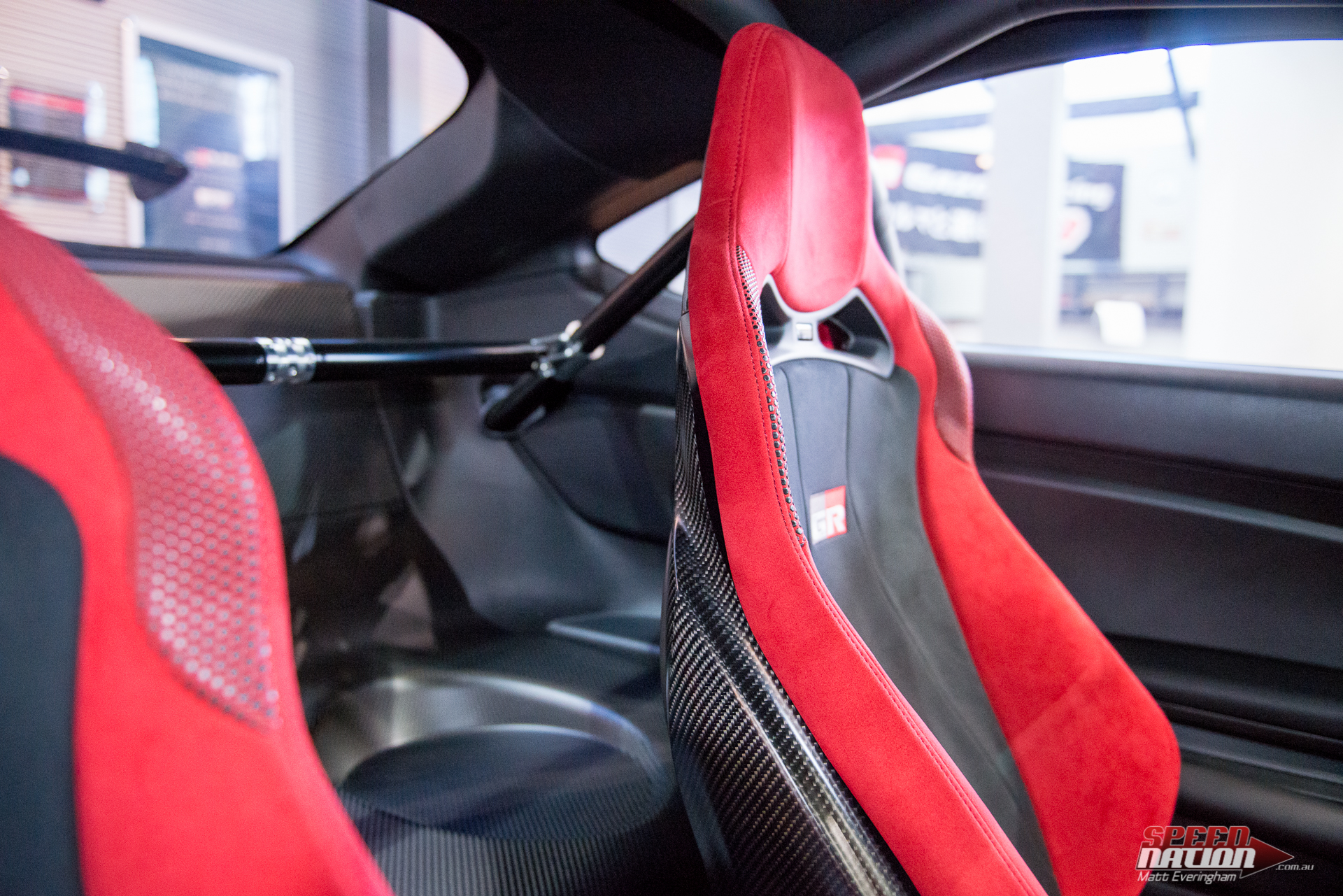 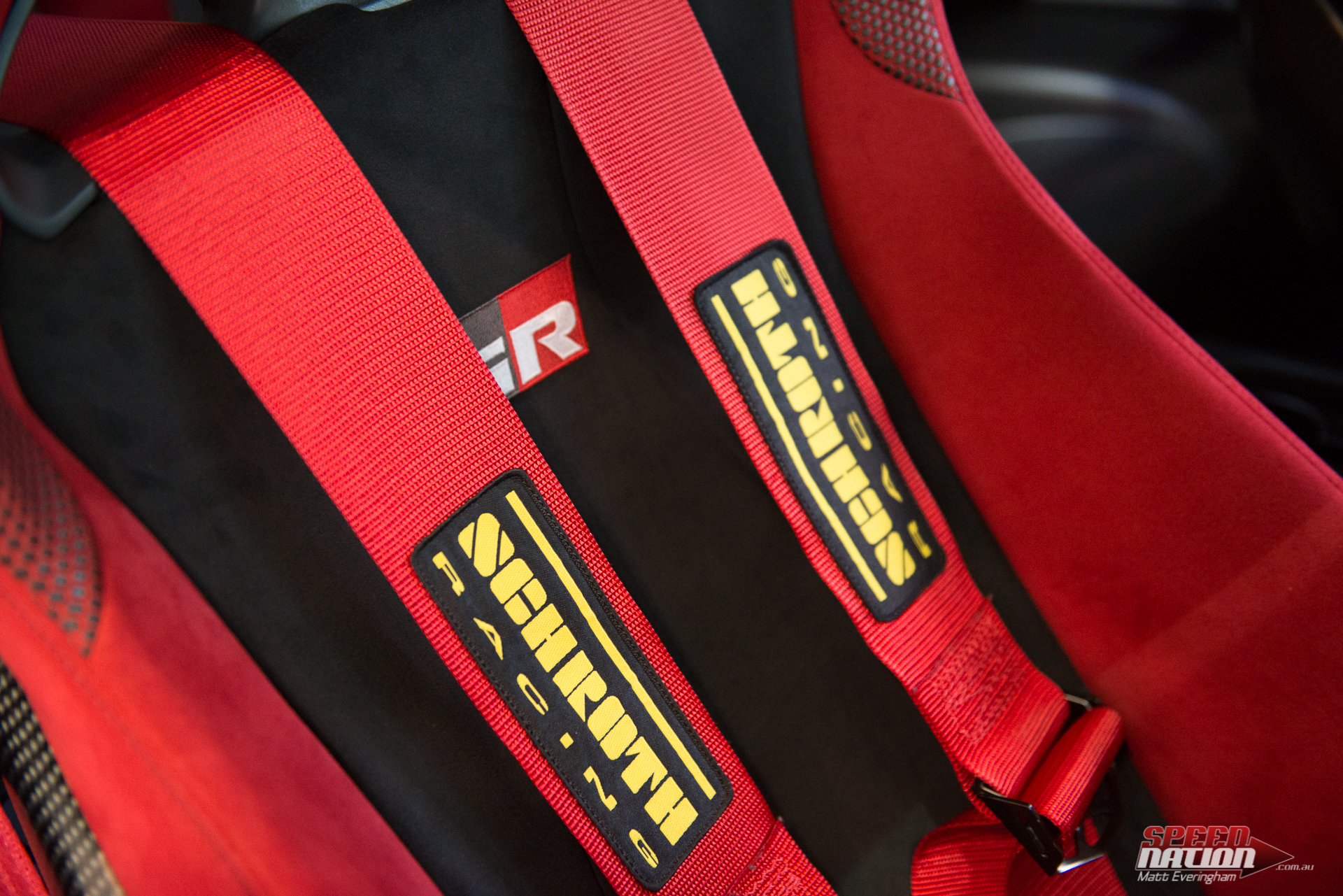 The rear bracing means that the back seat had to go, so a carbon panel has been fitted in its place. 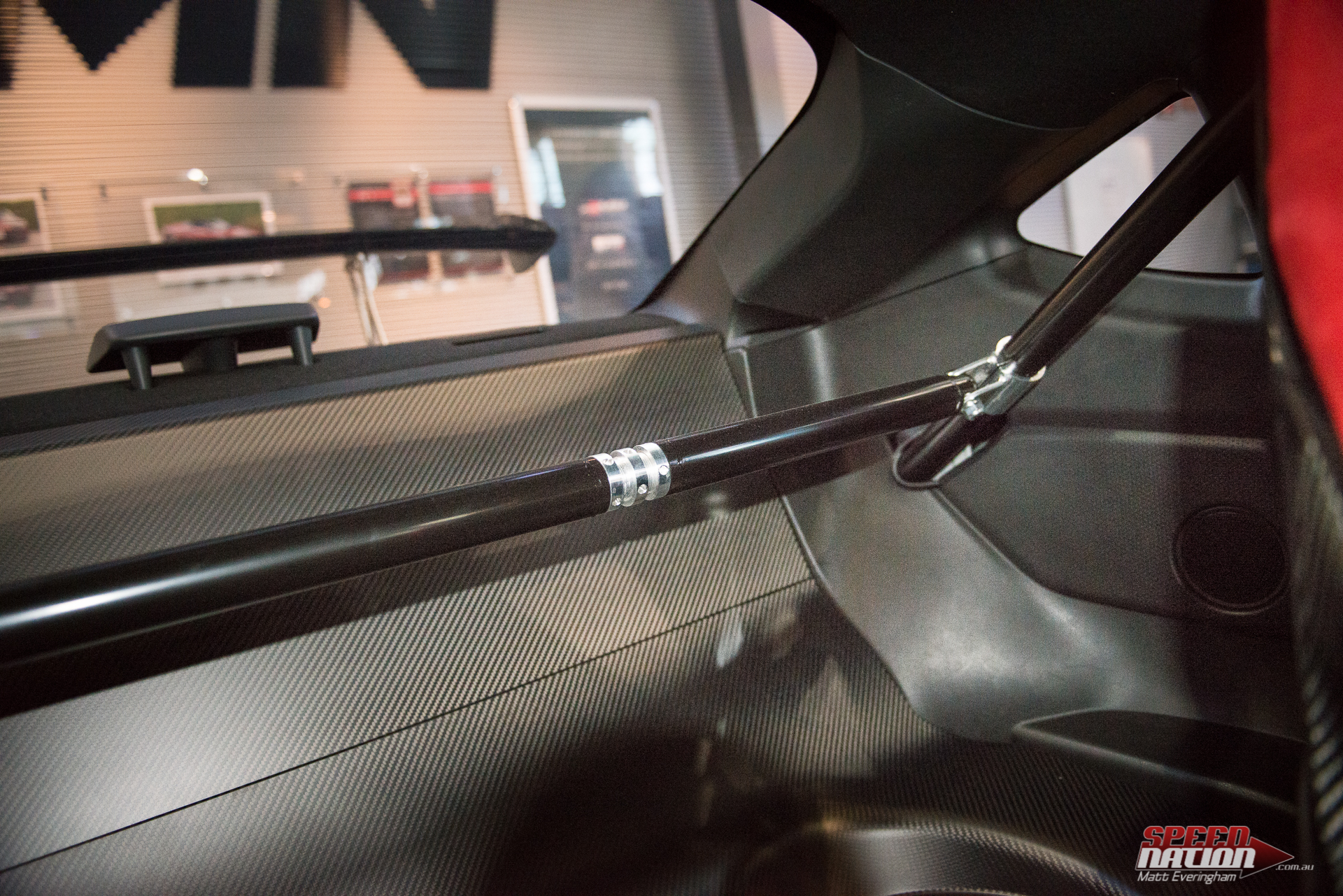 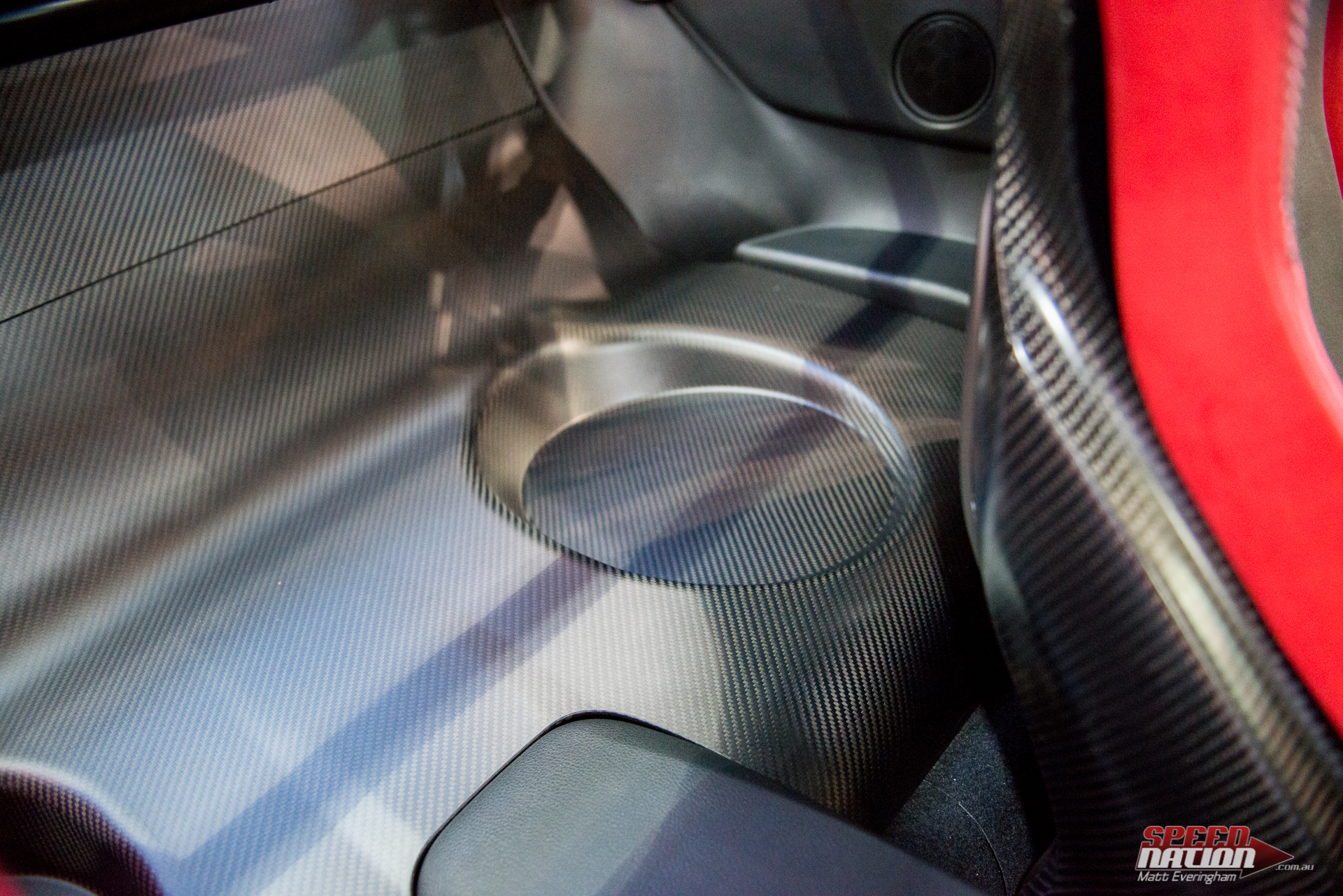 The steering wheel, gear shifter and handbrake have also been re-trimmed in Alcantara to match as well. 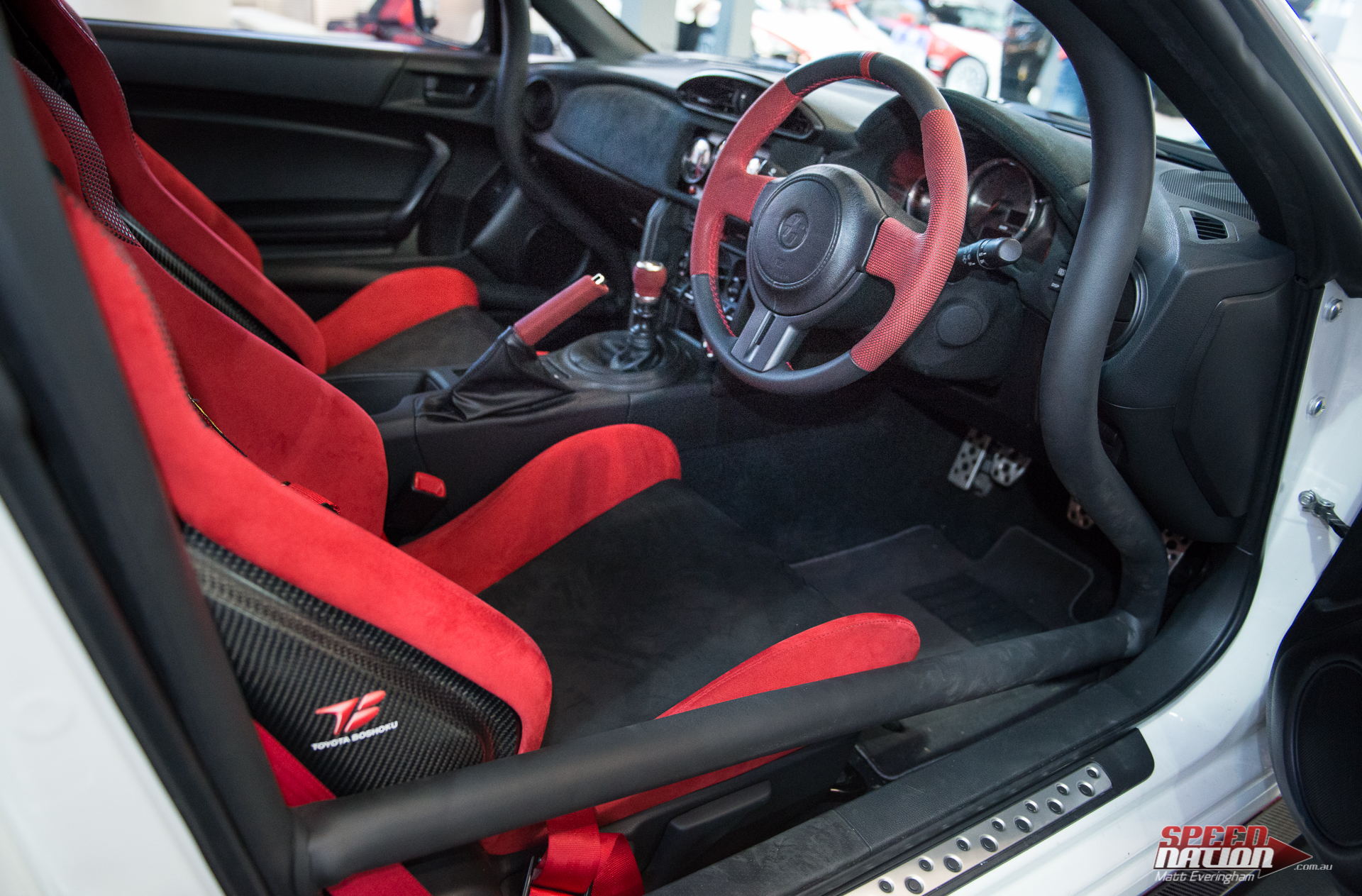 Last but not least, what better way to make the most of the reduced weight and lowered centre of gravity than with a revised suspension set up with adjustable top strut mounts. 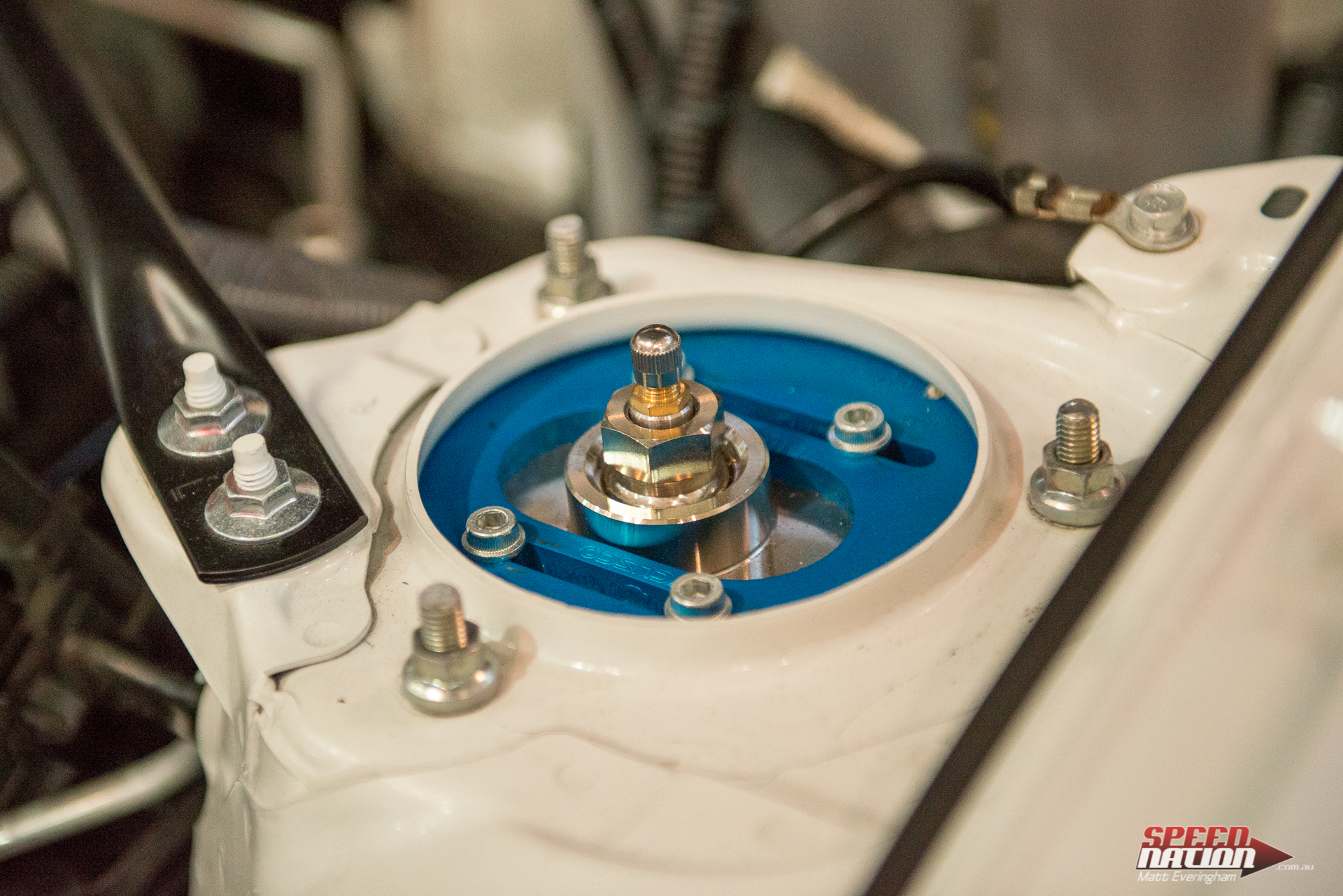