Car specific forums, clubs and groups are a dime a dozen these days. You name a make or even a specific model and I’ll bet you’ll find some community that revolves around it. There is, however, a lack of forums, clubs and groups that encourage diversity and are actively seeking to expand the makes, models and style of member vehicles. That’s exactly what the Driver’s Club has set out to achieve with their key philosophy ” All makes, All models, All mates.”

The idea behind the club had been floating around for some time, but it took a decent bottle of red wine and a quiet evening to make it actually happen. The group grew exponentially over the next week or so and the first event was tee’d up to take place on a friday night, a fortnight after the group was founded. 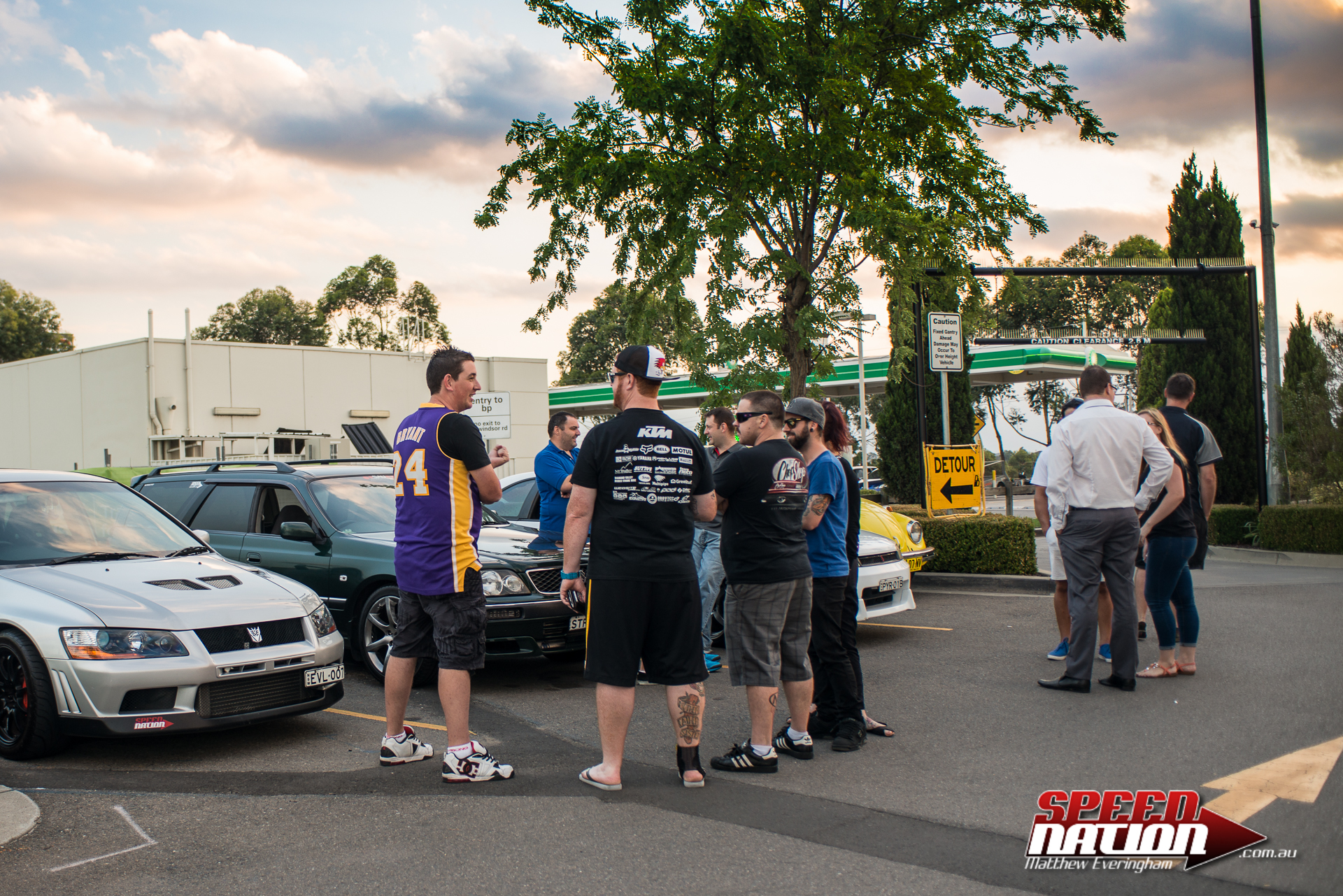 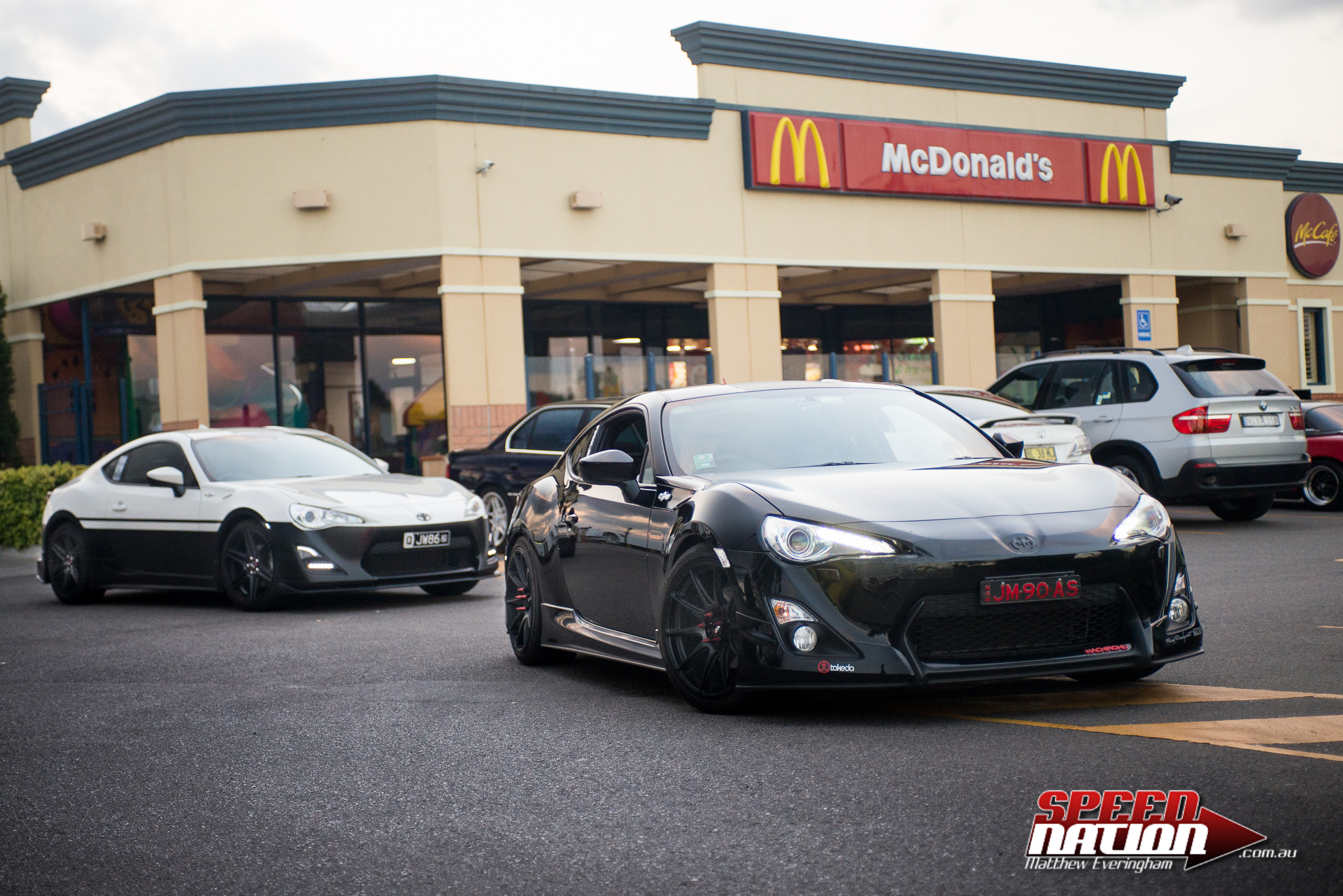 About 20 cars from all corners of the community made their way to Bella Vista in Sydney’s west. After about an hour of catching up and inspecting toys the convoy headed west along some semi rural roads towards Richmond. 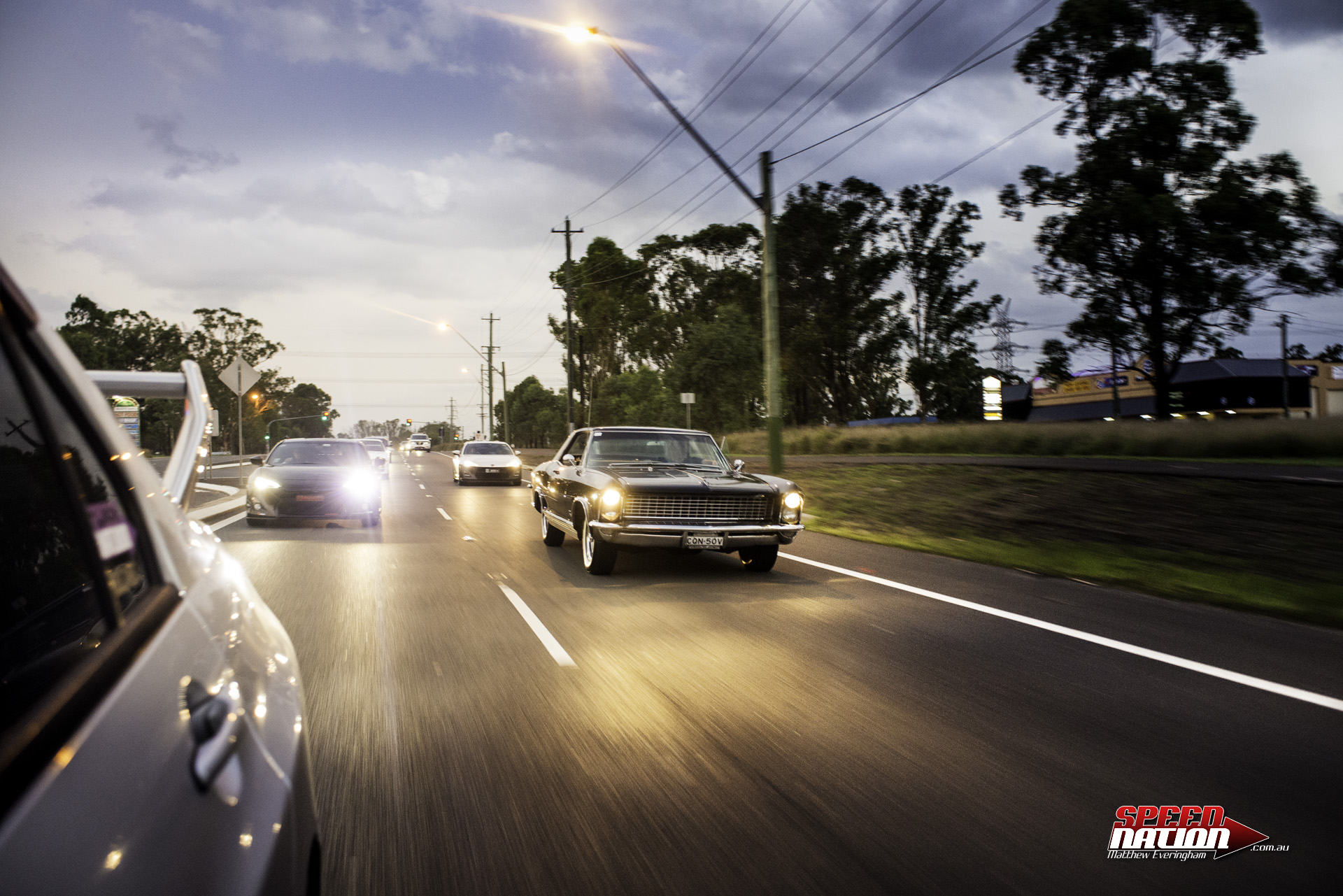 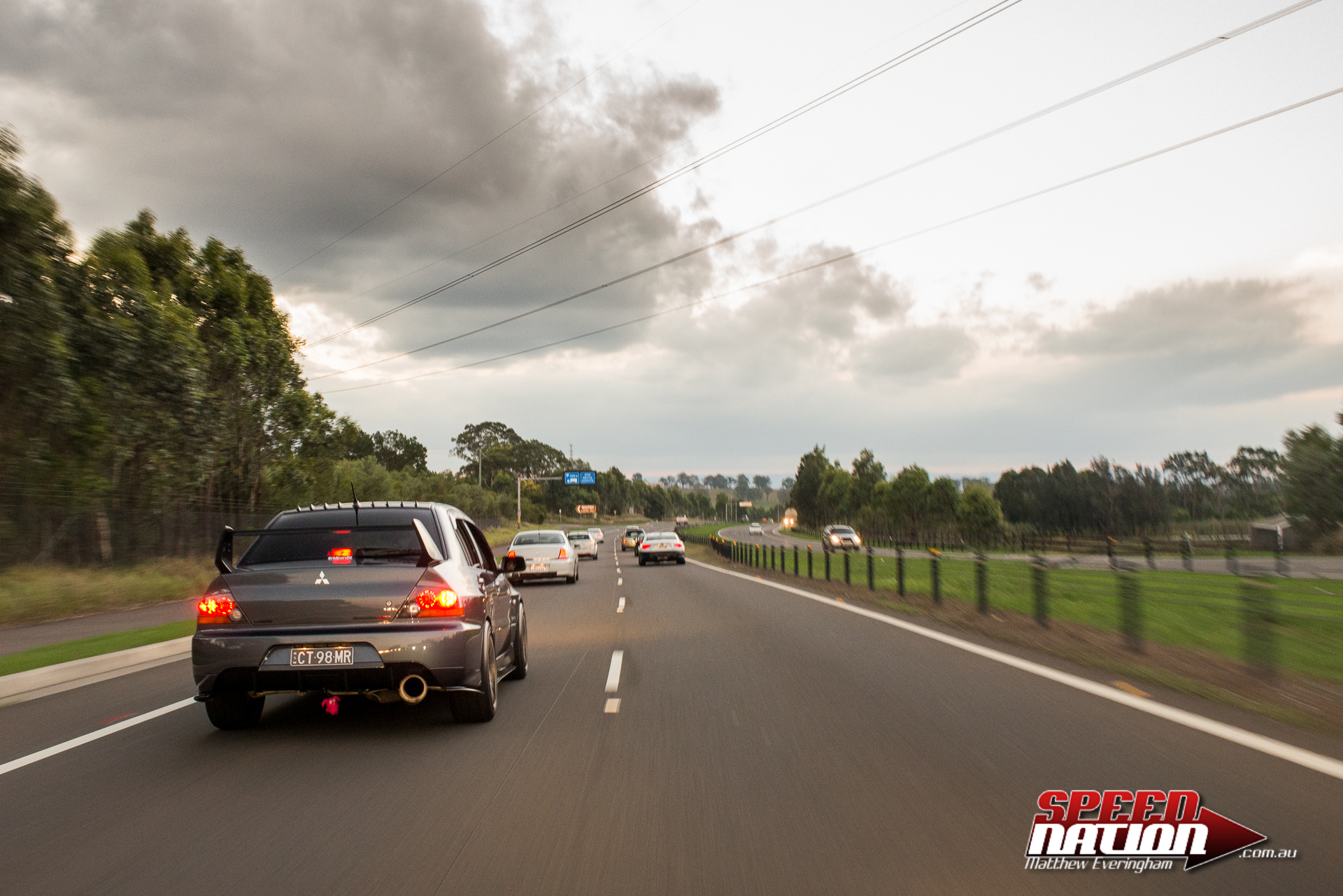 The afternoon traffic had subsided and most of the roads were pretty clear. 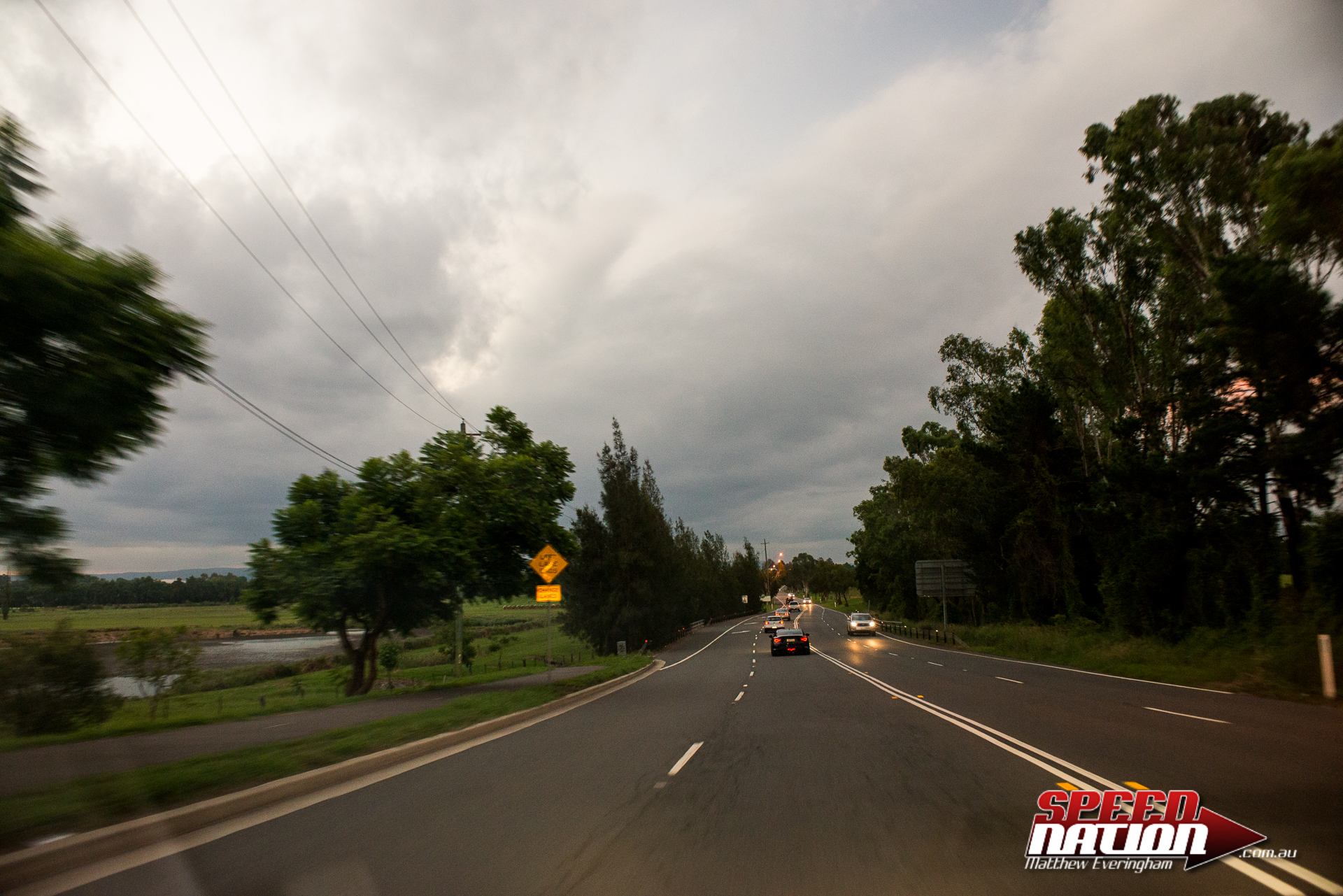 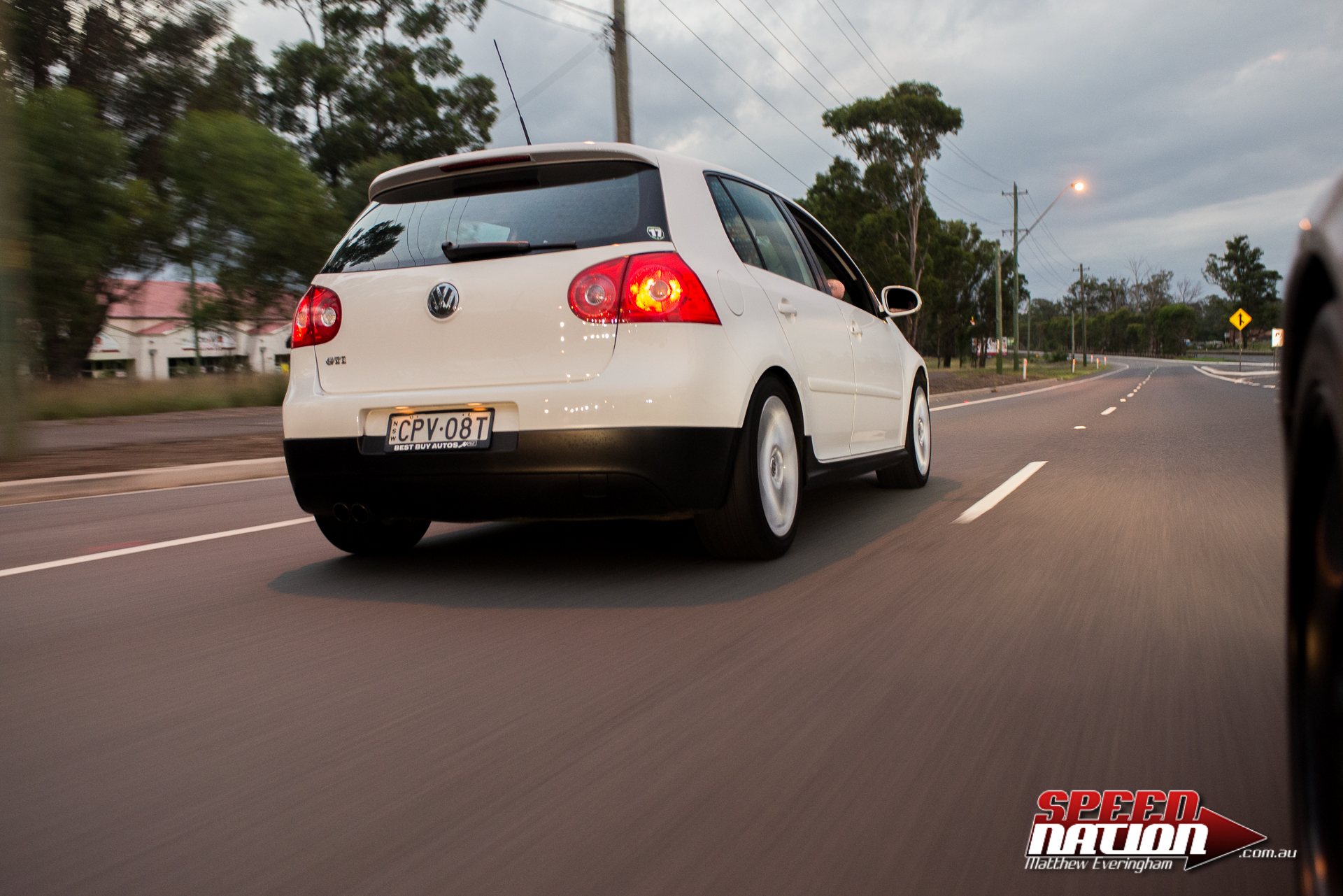 Stop #2 was Richmond Maccas. Cars were parked, old mates resumed conversations, new mates were made and a greasy food was consumed. 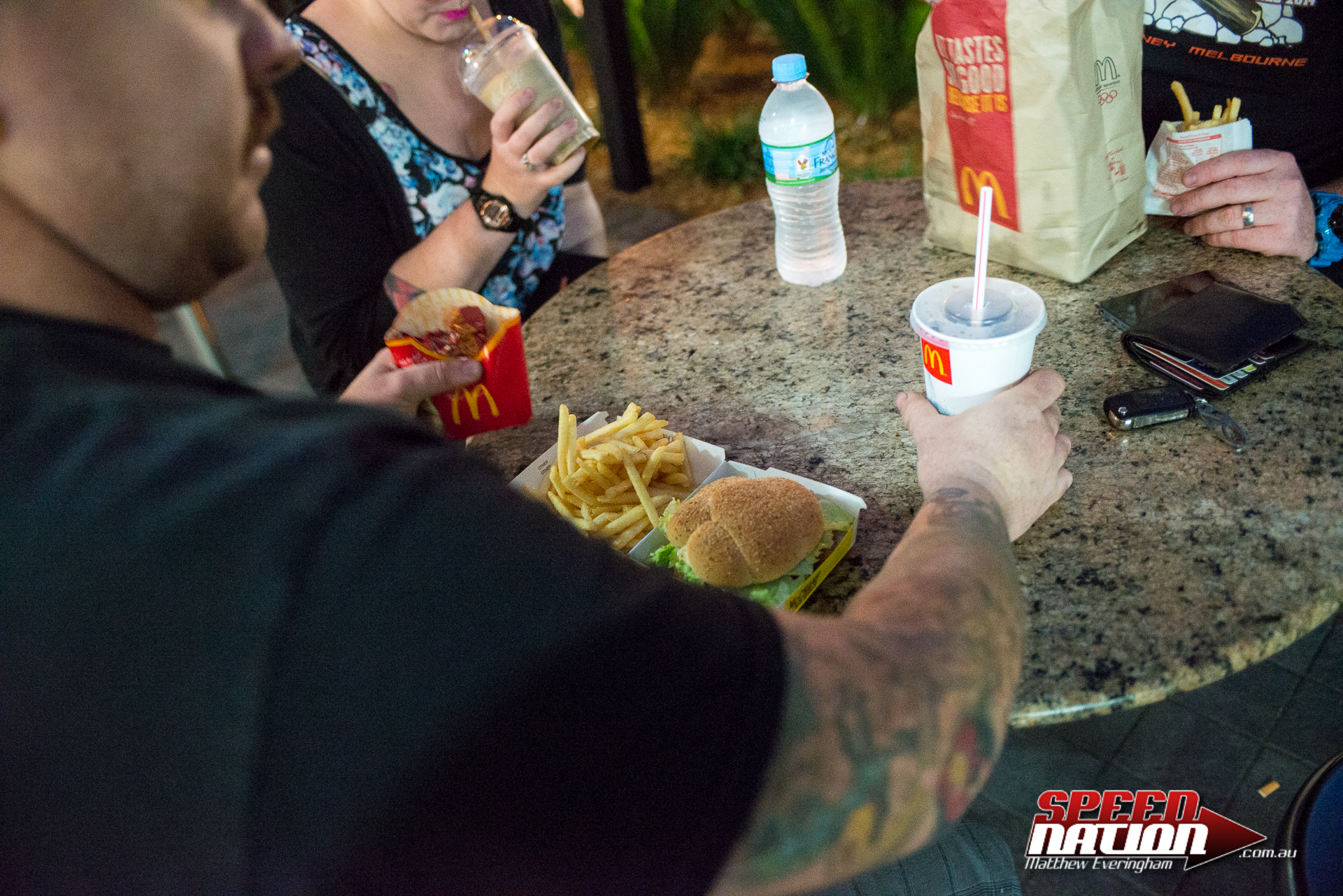 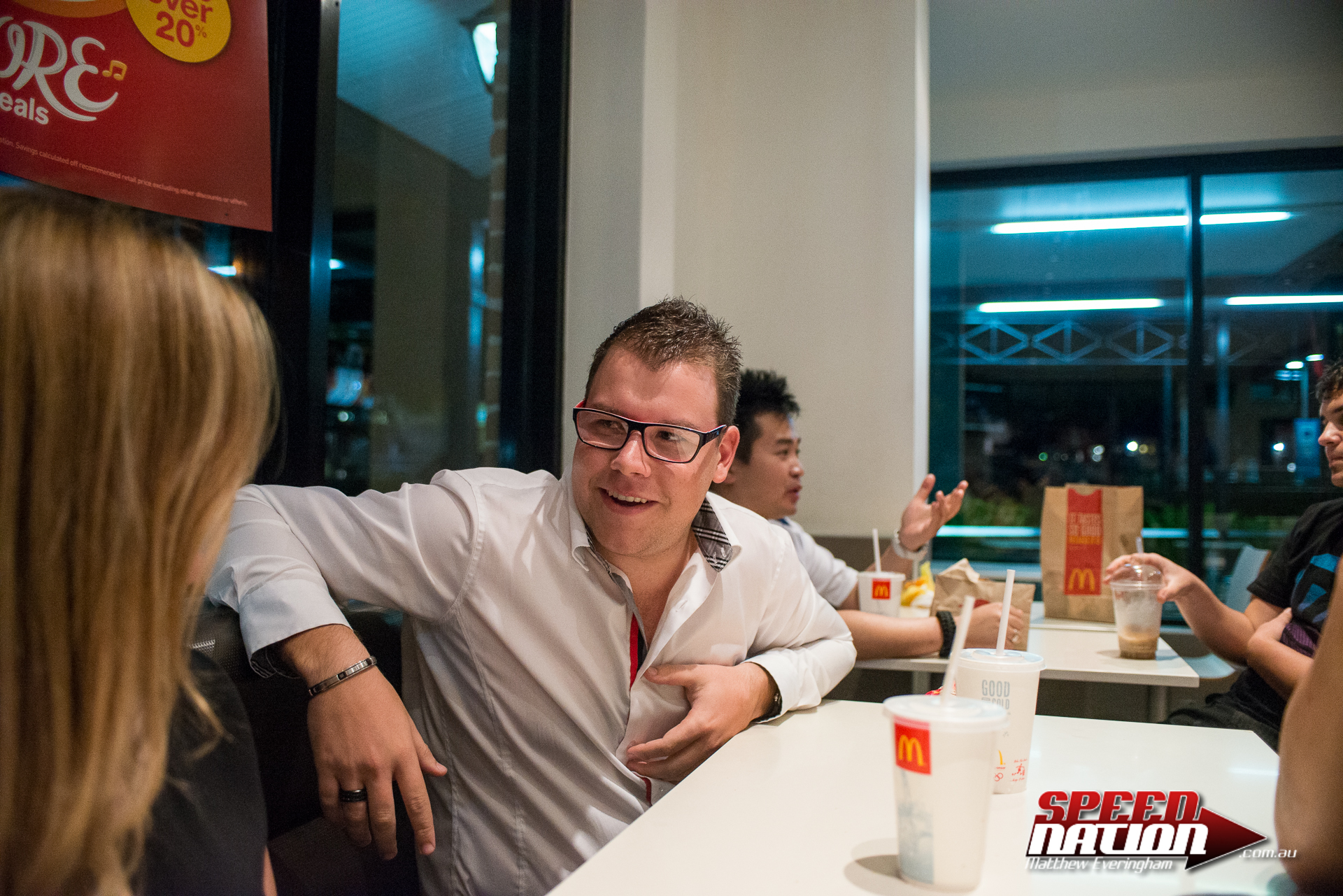 After picking up a few extra cars the convoy continued south west and picked up the roads that snaked along the foot hills of the Blue Mountains. 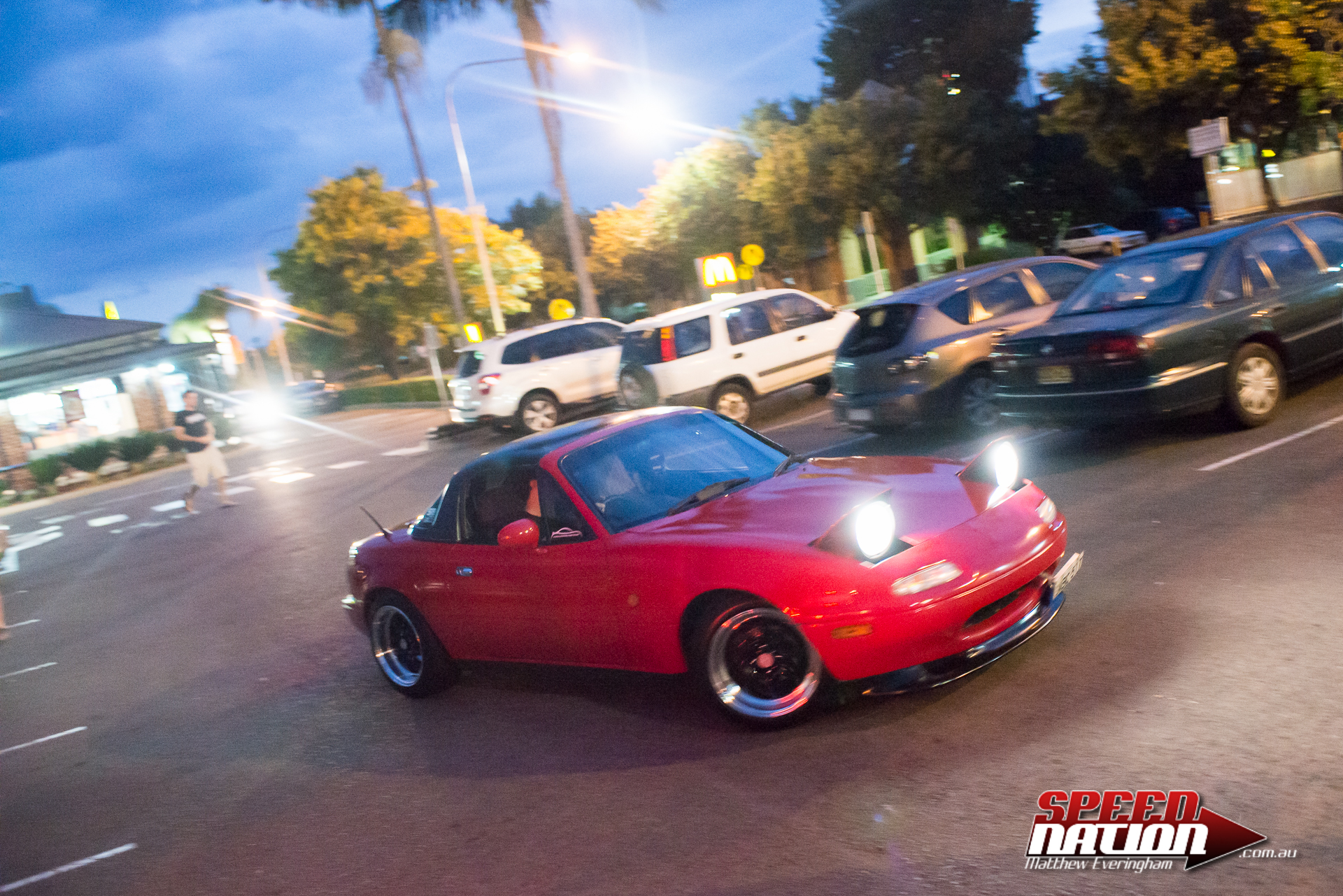 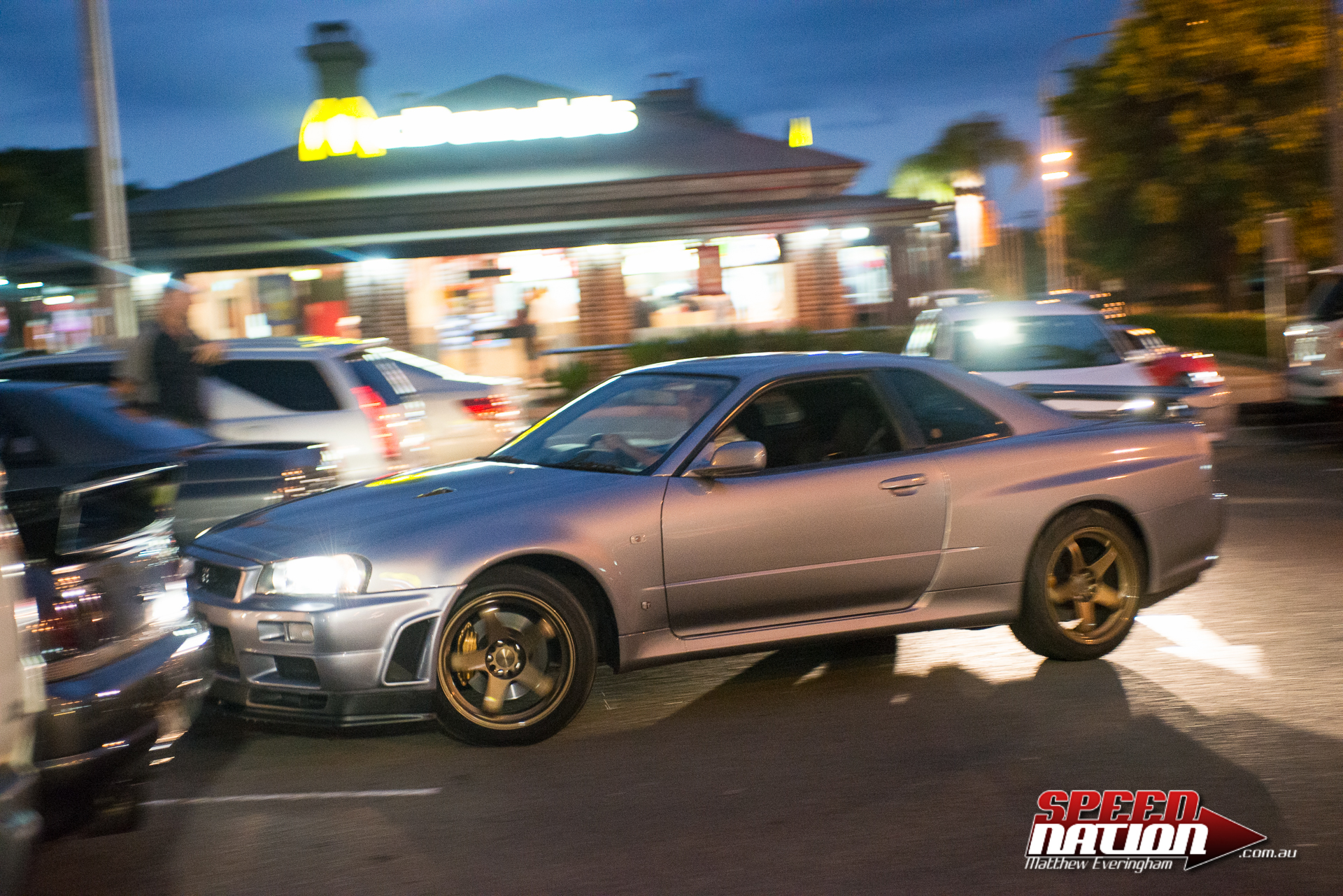 The next stop was Springwood Lookout. 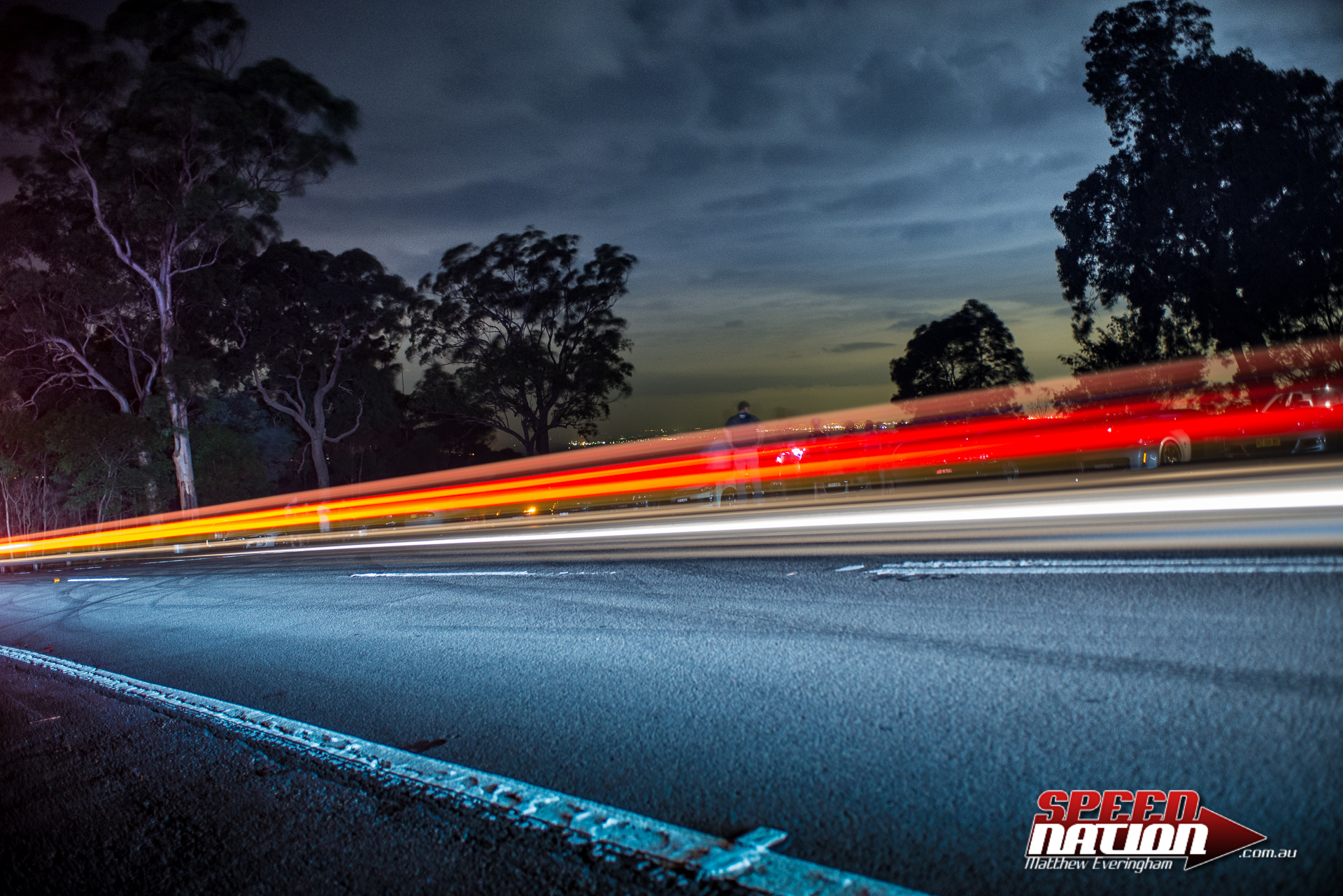 Amazingly the whole car park, save one spot (a couple making out in an old Commonwhore) was filled with DC Rides! 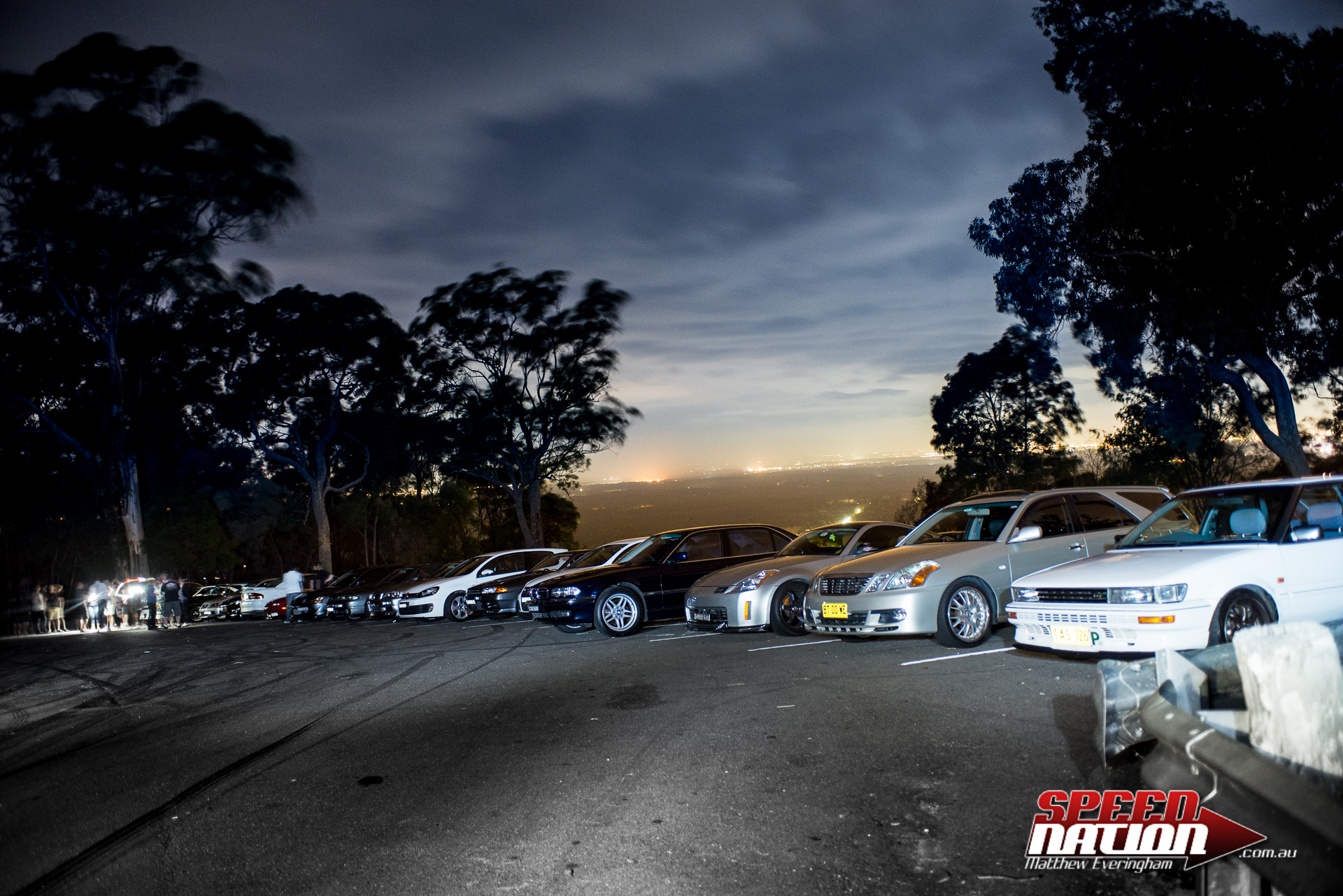 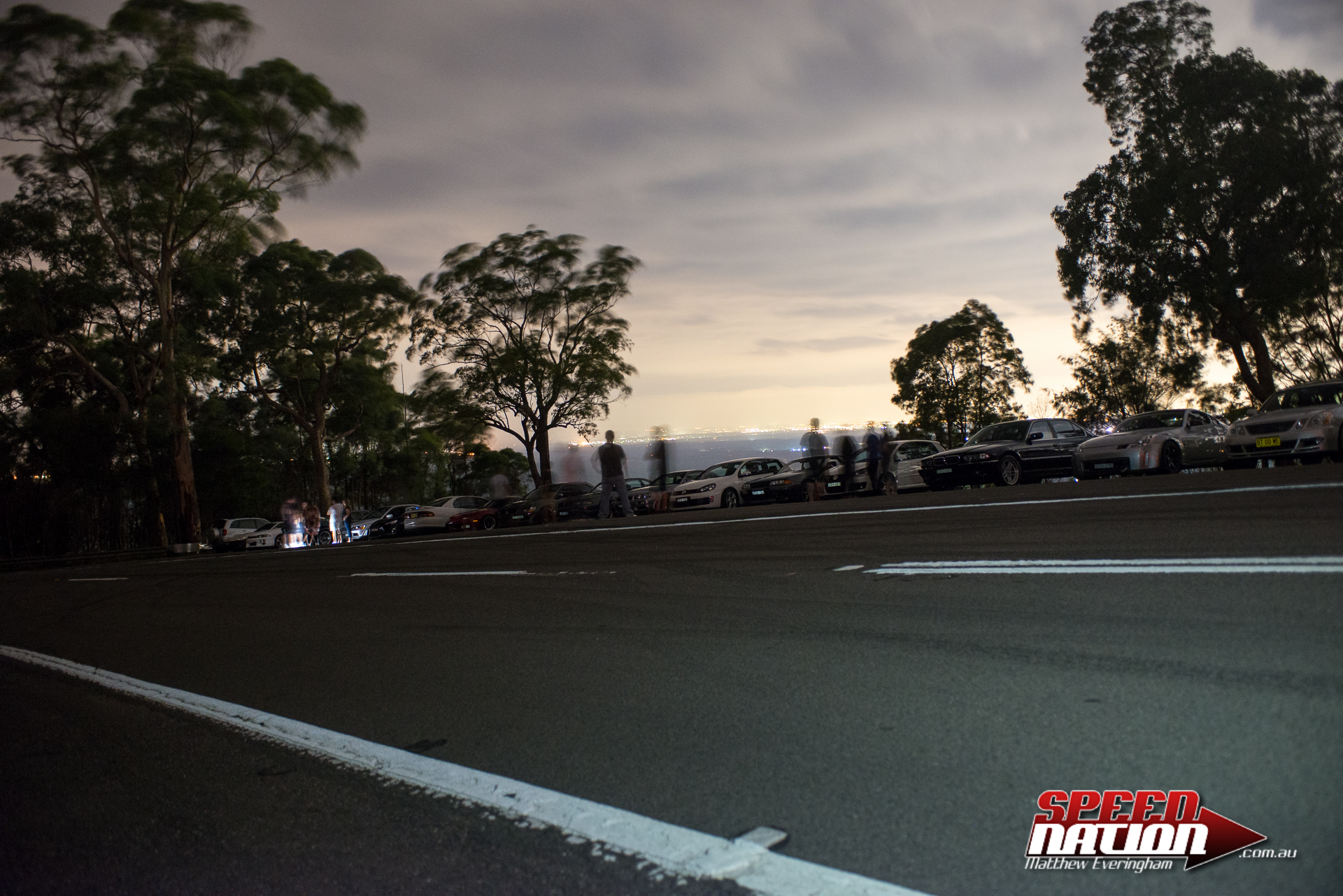 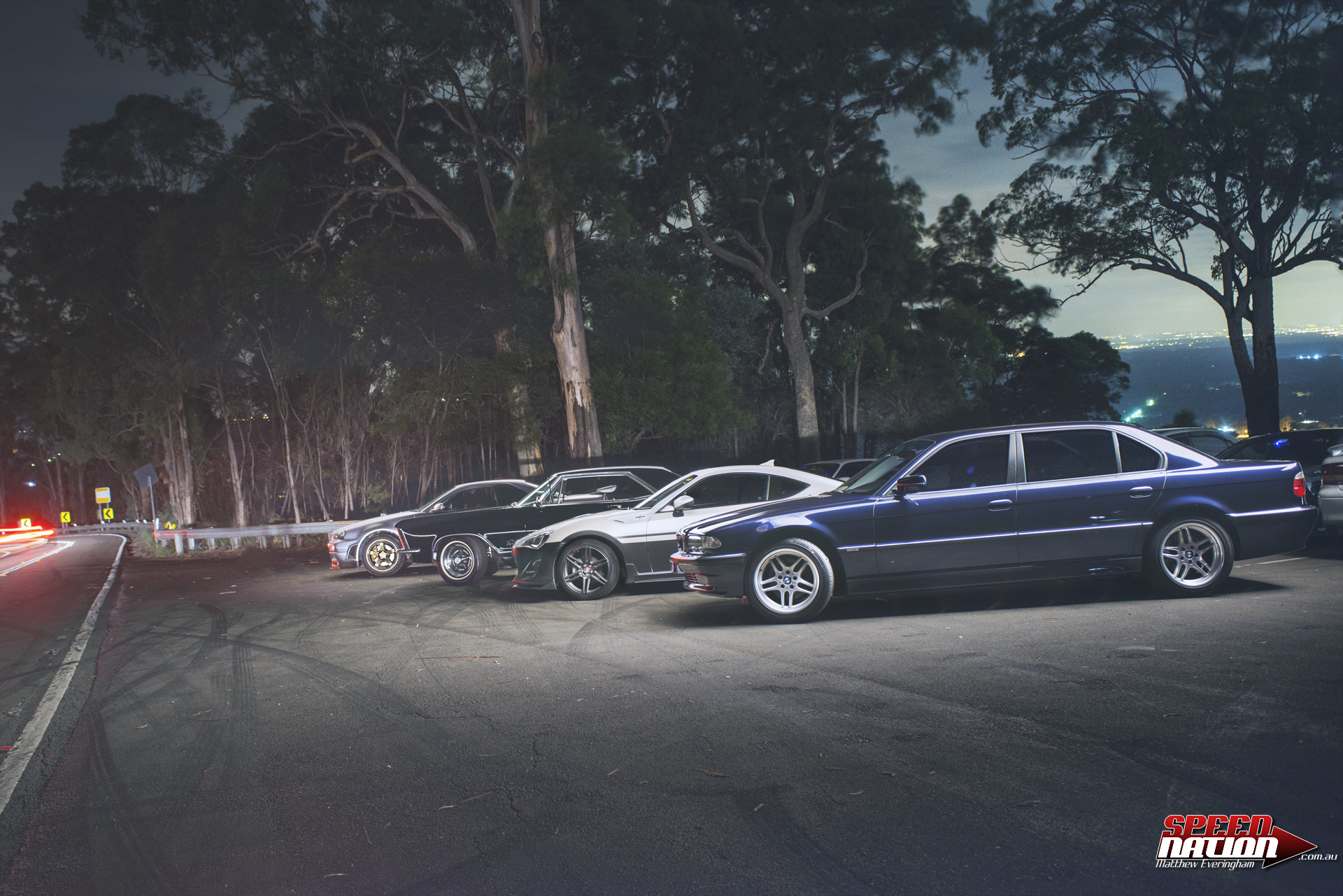 …The Driver’s Club continued across the mountains then made their way back down towards Penrith for a game of AquaGolf and possibly even some KK’s for old time’s sake. 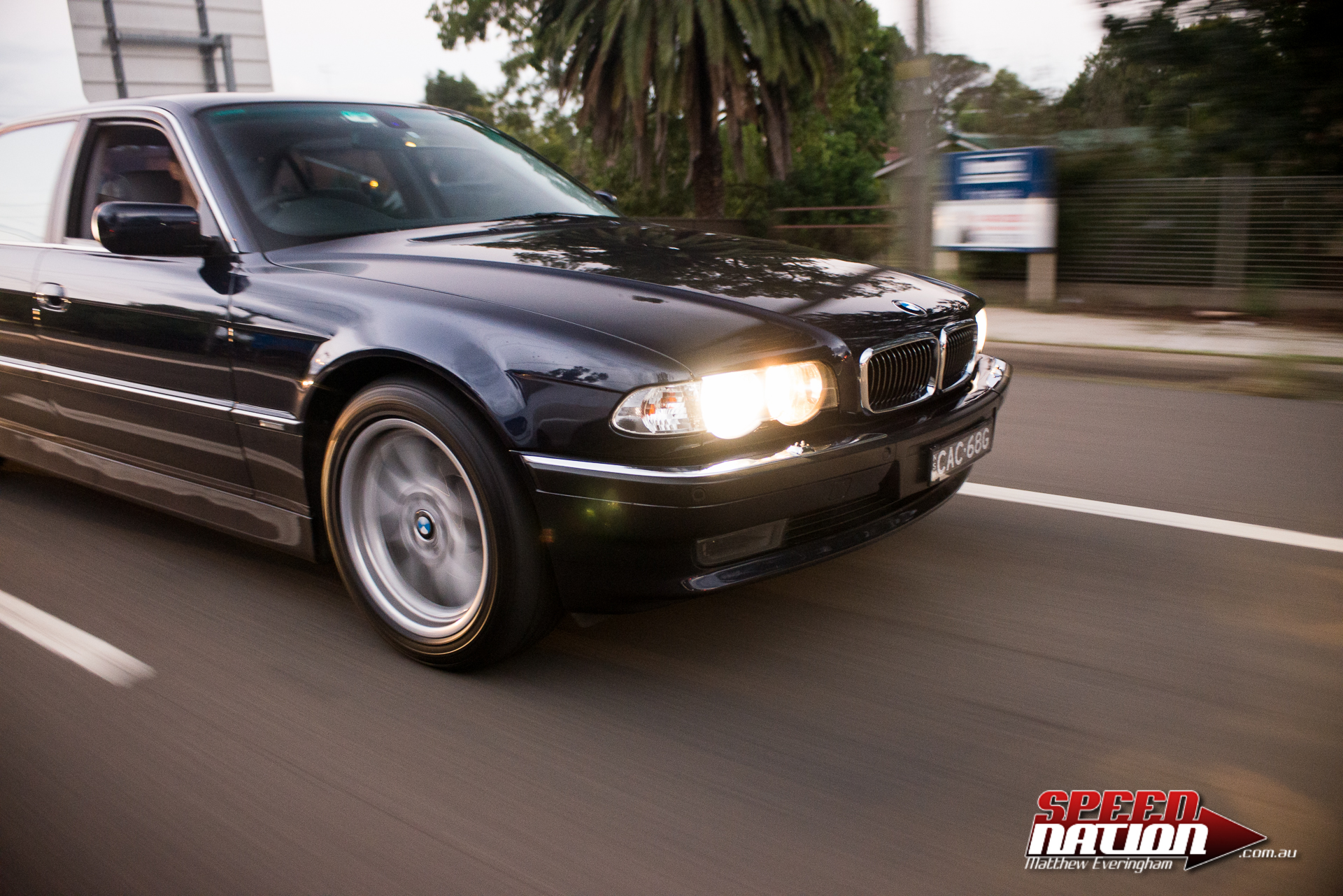 For a group that’s only a fortnight old it was a stellar turn out! Plans for their 2nd cruise are already underway. If you’d like to check out the group, you can find it HERE.