When Nigee Engelstreet, a young Sydney music director, decided it was time to jump on the Harlem Shake craze it was merely the beginning of one crazy night for the Sydney car crowd. For those who havent yet seen a Harlem Shake check this compilation out

A simple Facebook event was all it took to get the ball rolling.

Cruising down the main drag of Sydney Olympic Park the Speed Nation crew spotted a small group of people gathering on the side of the road. Over the course of the next 40 mins this small group grew into a crowd. Before long there was a 300m stretch of road occupied by cars whose drivers and passengers were ready to get their shake on. 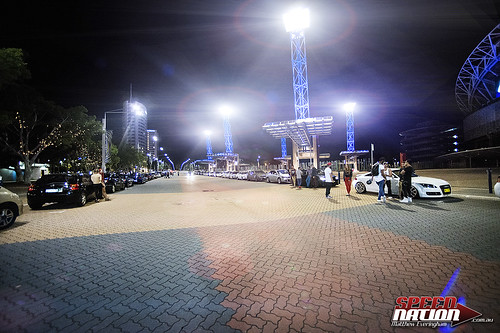 It didn’t take long for some of the weird and wonderful personalities of the Syd car scene to appear, and soon there were helmets, masks and a few other pieces of equipment being passed around. 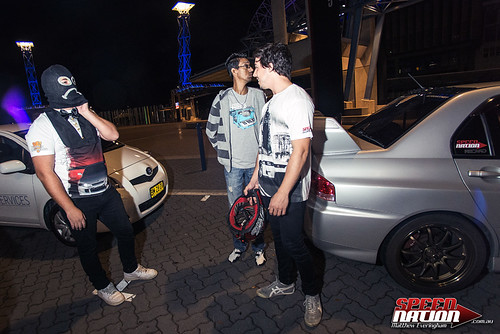 Who are you calling? 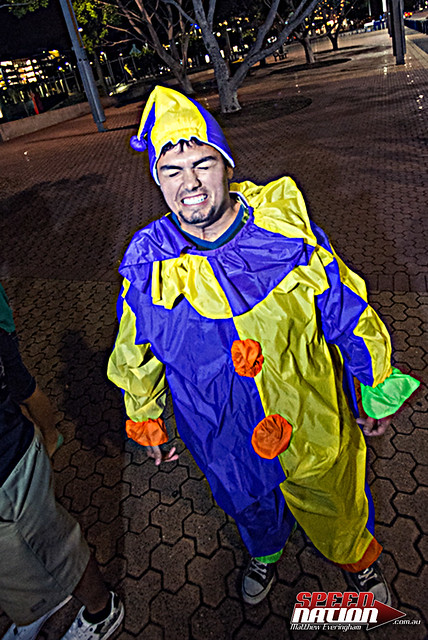 Can’t sleep, clown will eat me!

While the main aim of the night was to shoot the  Sydney Shake, everyone took it as an opportunity to catch up, meet new people and admire some of different rides that were on offer. 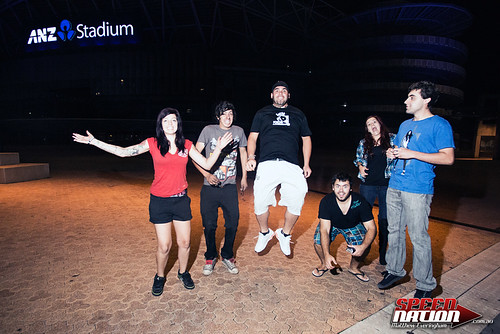 Everyone was full of buzz and ready to bust out their best moves! 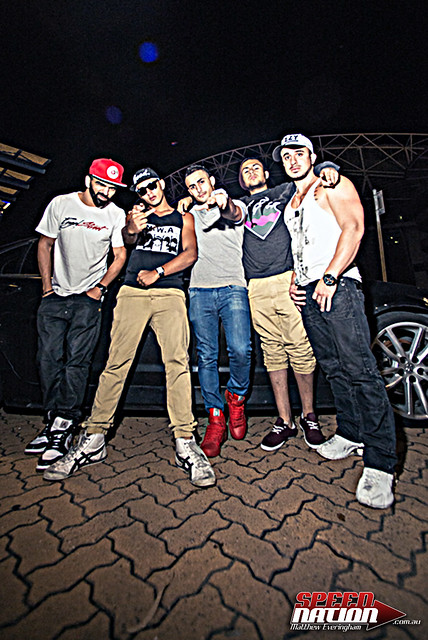 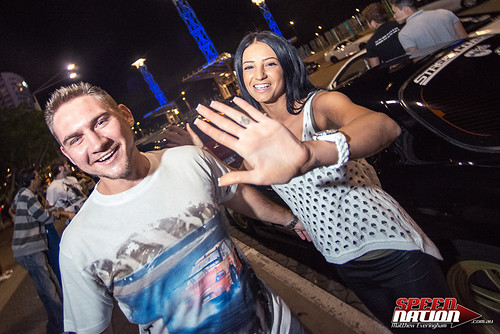 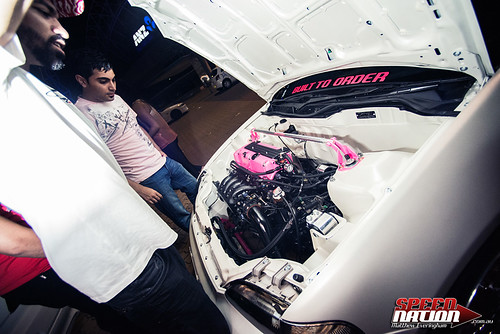 Checking out the Built To Order ‘Pink Bits’ Civic

We were almost ready to rock. We had a stack of happy punters ready to get their shake on, a whole heap of eye candy to admire along the strip, oh yeah, there were a few rad rides there too 😉 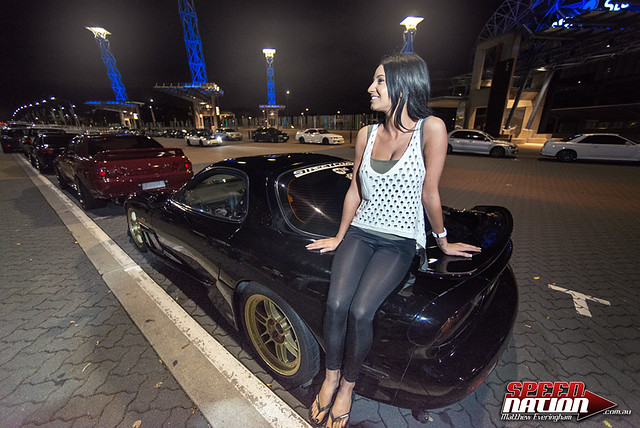 Do you come with the car? Oh you!

The original location for the shoot was to be right on the street in front of ANZ stadium, but unfortunately SOPA security and  park rangers didn’t appreciate some of the crew double parking and soon enough the whole gang was on the move to P6 parking, just down the road. 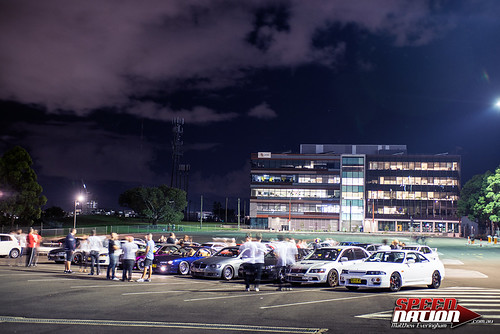 The move ended up being a blessing. There was more space to fit more cars, and for the most part we were away from prying eyes. The now even larger group had plenty of time to shoot the breeze while the creative minds behind the video worked out some of the finer details of the shoot. 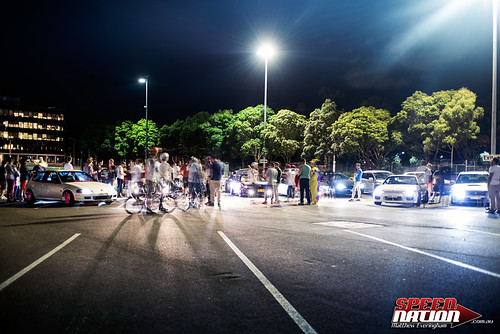 Its not everyday you get to hang out with a drag queen, a clown, a giant domo and an assortment of gentlemen who’s helmets suggested they are stunt drivers of some sort. We were also lucky enough to have some beautiful ladies put up with up with our crazy antics. 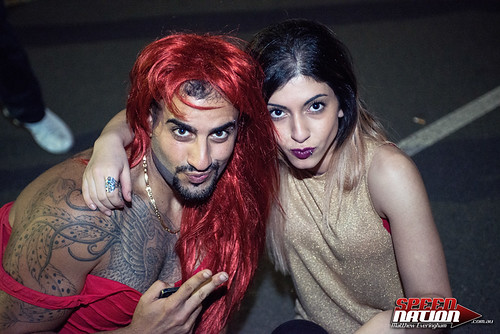 We want to know if the carpet matches the drapes

A special mention must go to the BMX kids, who decided to tag along for the shoot and ended up having a bit of a starring role. We can only hope that a blooper version is made to showcase one particular BMX bandit, who believed his face could break his fall. 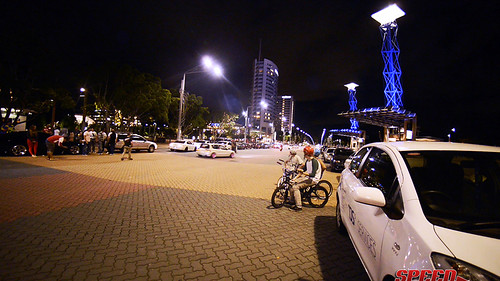 Almost immediately after the filming we had another little run in with security. Apparently if you blast the Harlem Shake from a stereo worthy of its own nightclub for an hour it warrants noise complaints. This ended the night for most of us, but Engelstreet and some others went on to film a music video for an up and coming rap artist. More info here.

It was unfortunate to see a few of the cars doing burnouts and skids on the way out of P6, mainly because it makes it that much harder to find future meet and event locations. That said, the vast majority of attendees realised it doesn’t take a hero to do a skid, and that it should be kept to the track. The SpeedNation team danced crazy, saw some cool cars and took a few photos. We had a great night and look forward to more video collaborations with Engelstreet.

Which crazy character caught your eye in the video? Hit the comments below to discuss!