As I comfortably watched the latest Formula One round from the comfort of my amazing lounge I had a new level of appreciation of what each driver was going through. Until recently I could never really appreciate the full level of stress on an F1 driver’s body. To be fair, I probably still don’t, but I do have a much stronger understanding. And it made me appreciate the race more. Especially Eau Rouge! 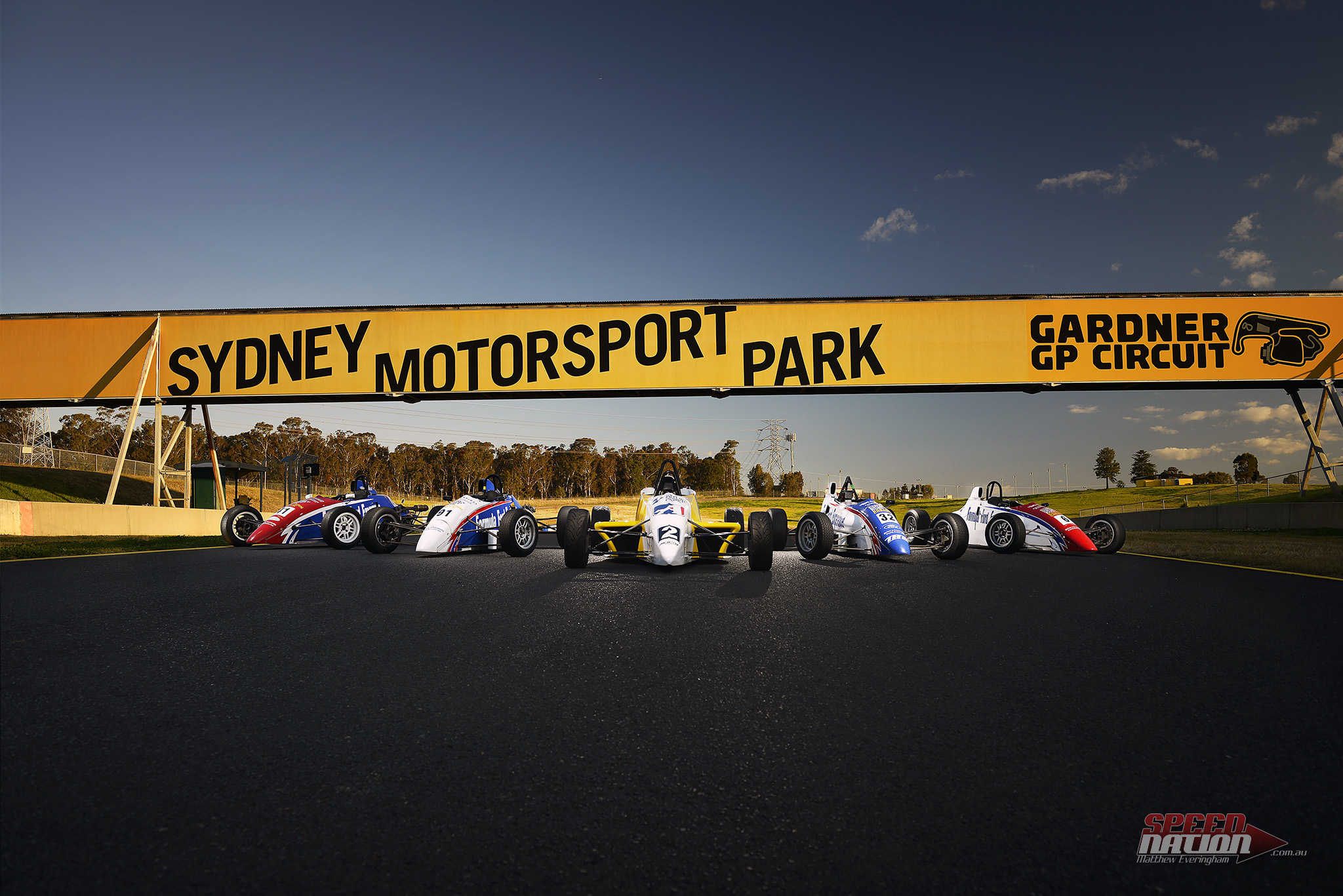 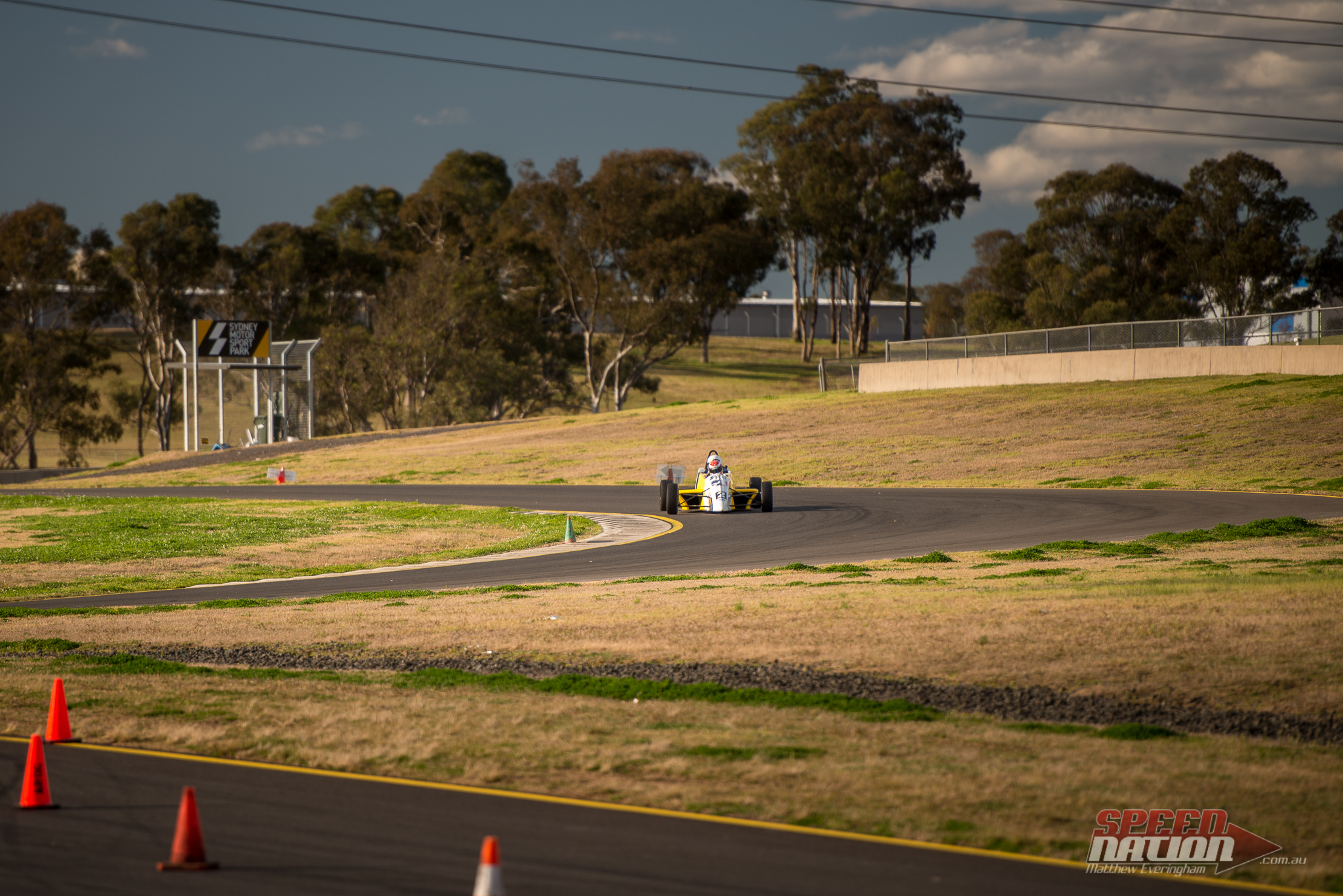 What had changed? Recently I was invited out by Anglo Motorsport to take a few laps in their newest creation. The world’s first two seater Formula Ford. I didn’t think passenger laps would be that exciting, boy I was wrong. 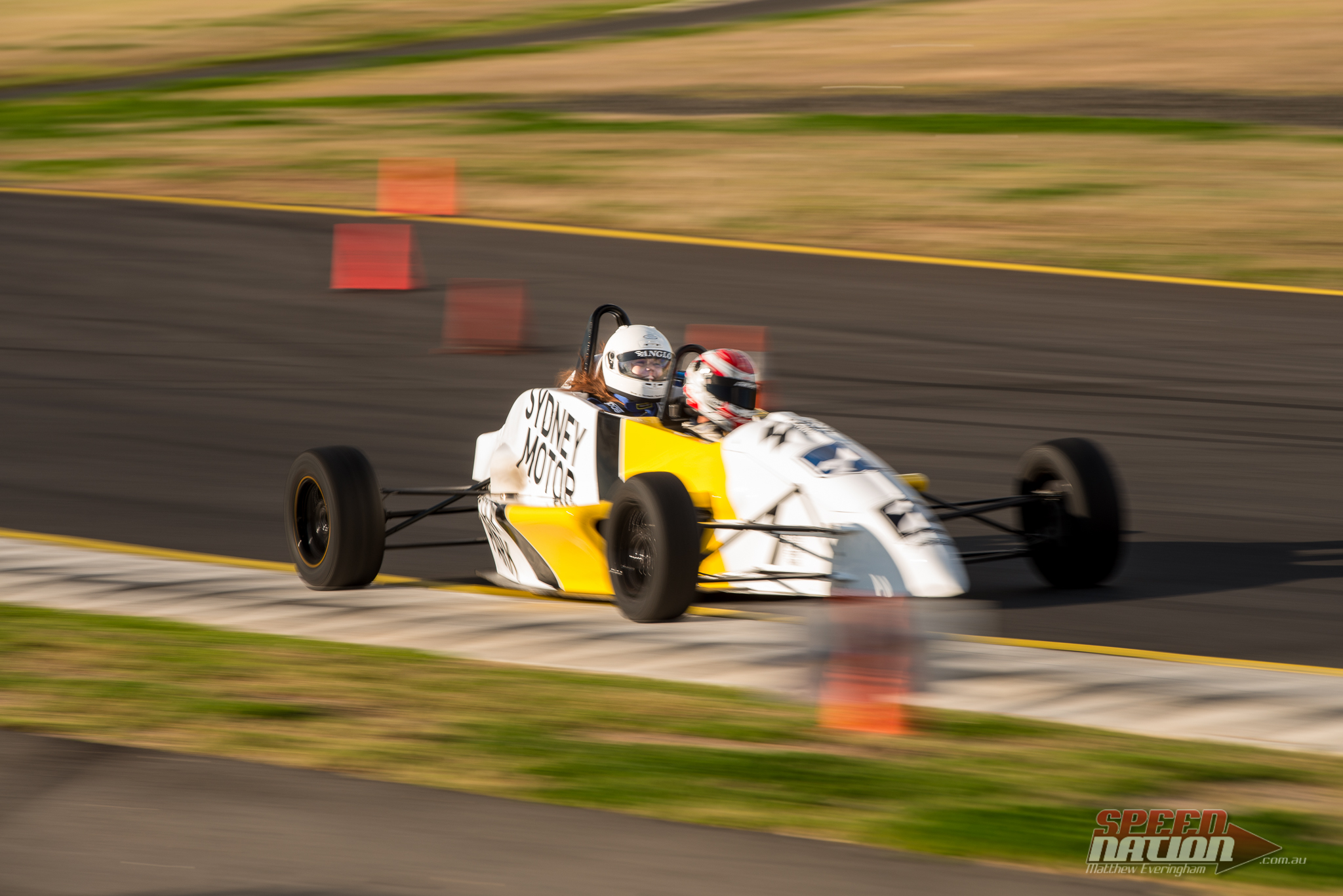 Formula Ford has been around since the late 1960’s. It’s remained relatively unchanged for all these years as an entry level form of open wheel racing. It’s widely regarded as the gate way to Formula One, many F1 greats made their mark in the category. Senna, Schumacher, Fitapaldi, Coulthard, Button and so many more. The car’s are limited to around 170hp via a Ford 1.6 litre engine but with limitied aero and equipment on the car it’s still plenty fast and super competitive. 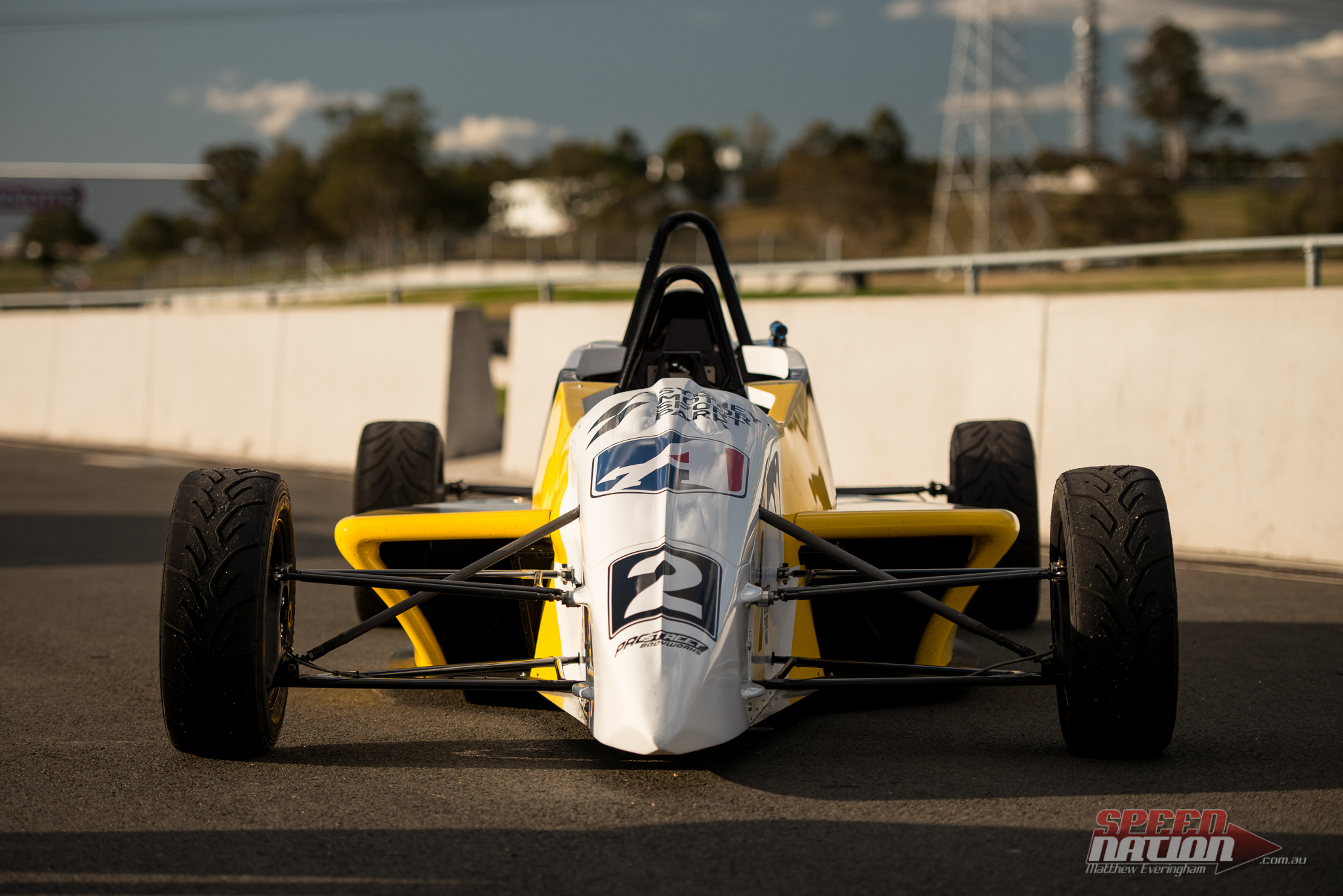 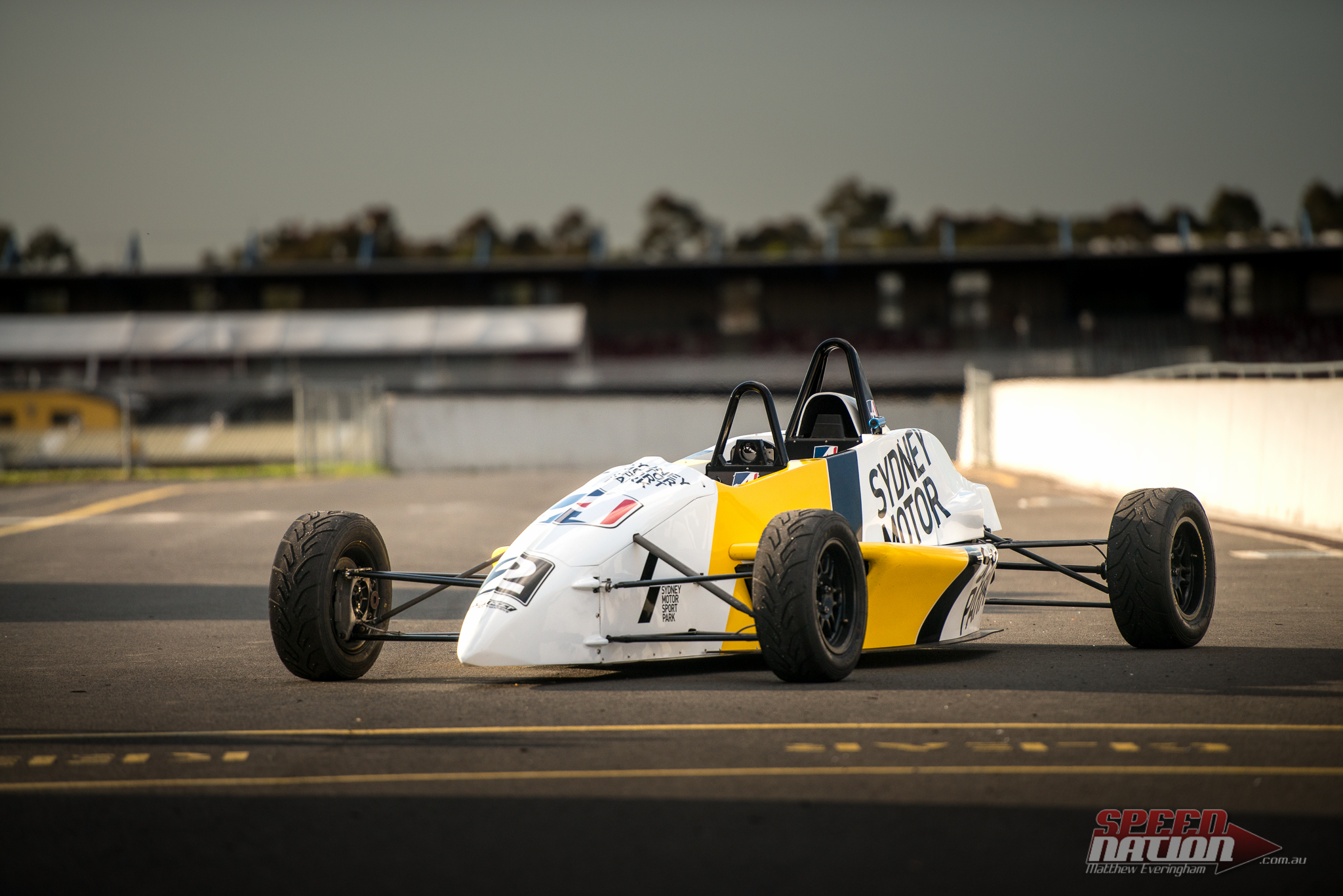 From the front and rear, the cart looks pretty normal. it’s only from a side view that the cart really stands out. I pictured an awkward looking machine when I was first told about the build, but in reality, it looks tops. 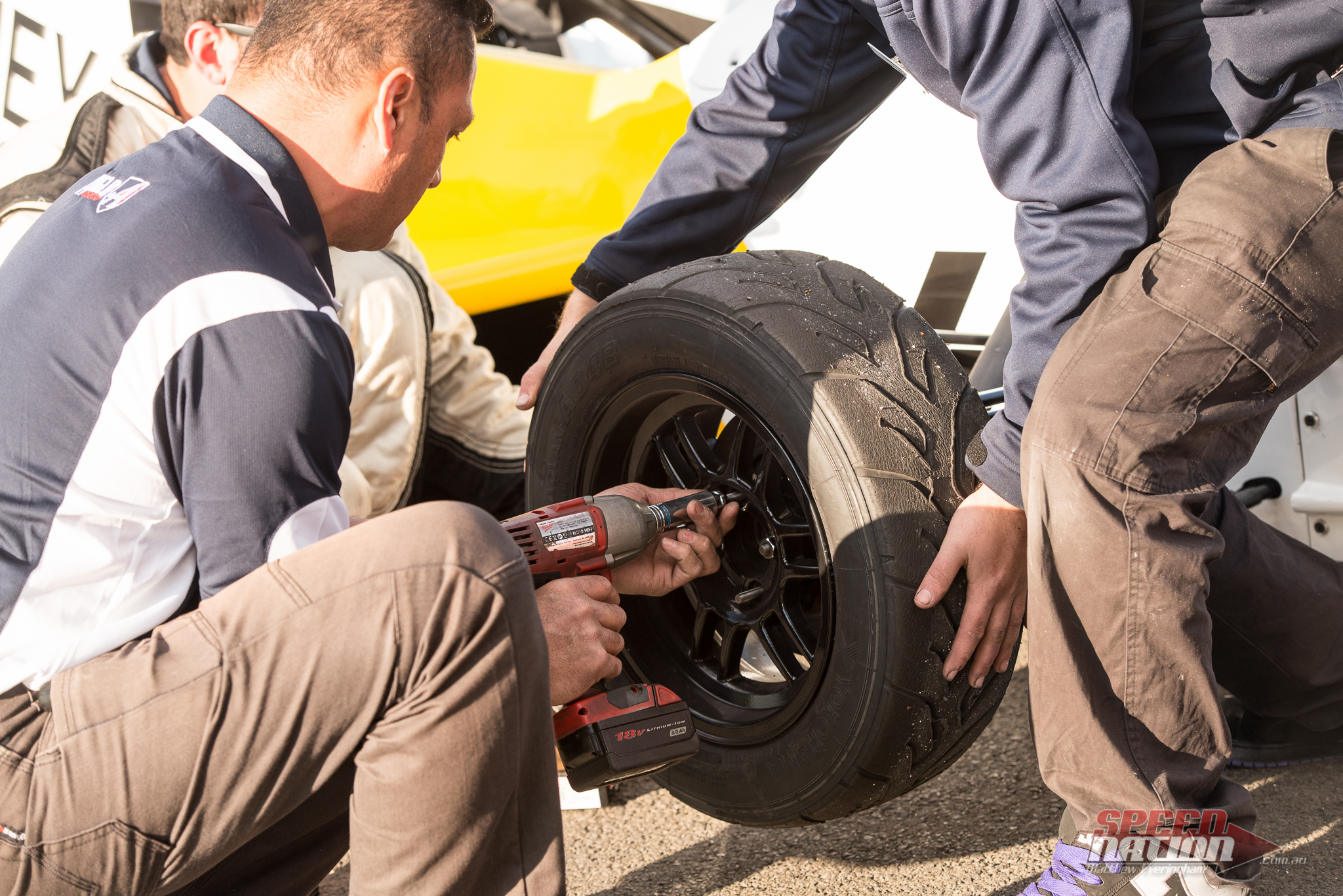 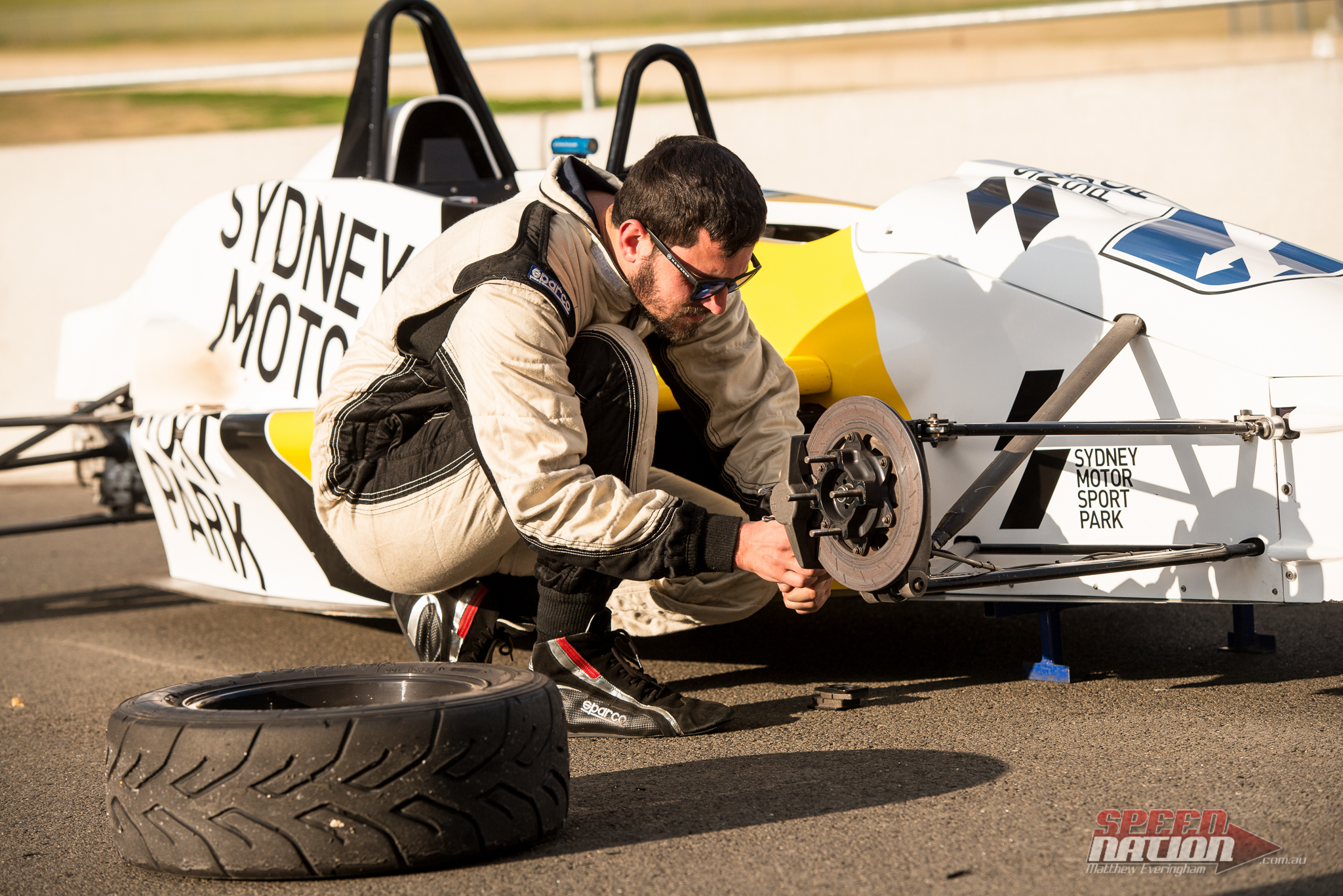 The team had been putting down laps all afternoon. After a quick pit stop it was time to suit up and jump in. Let’s see how this contraption goes. Also, time for a quick Selfie! 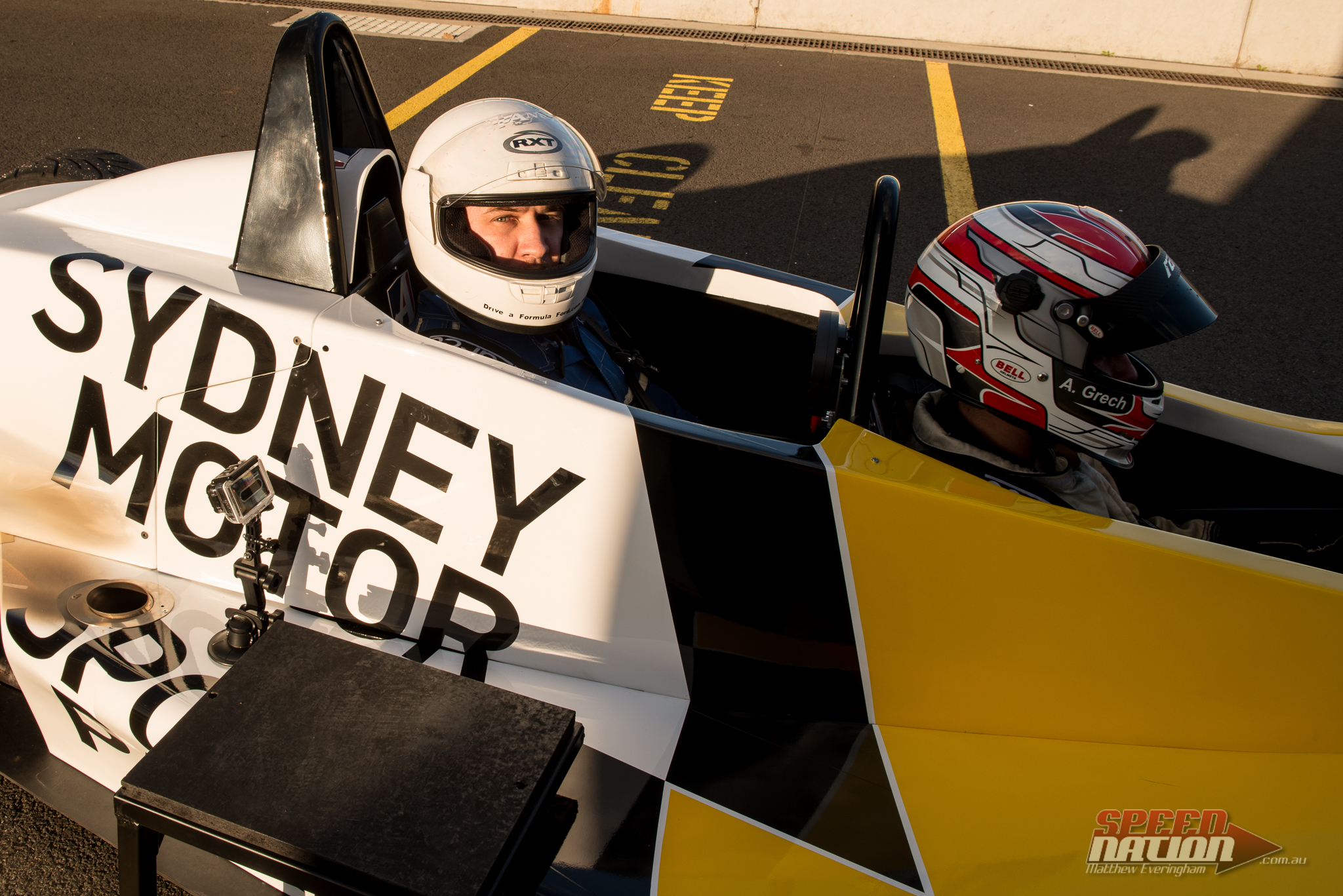 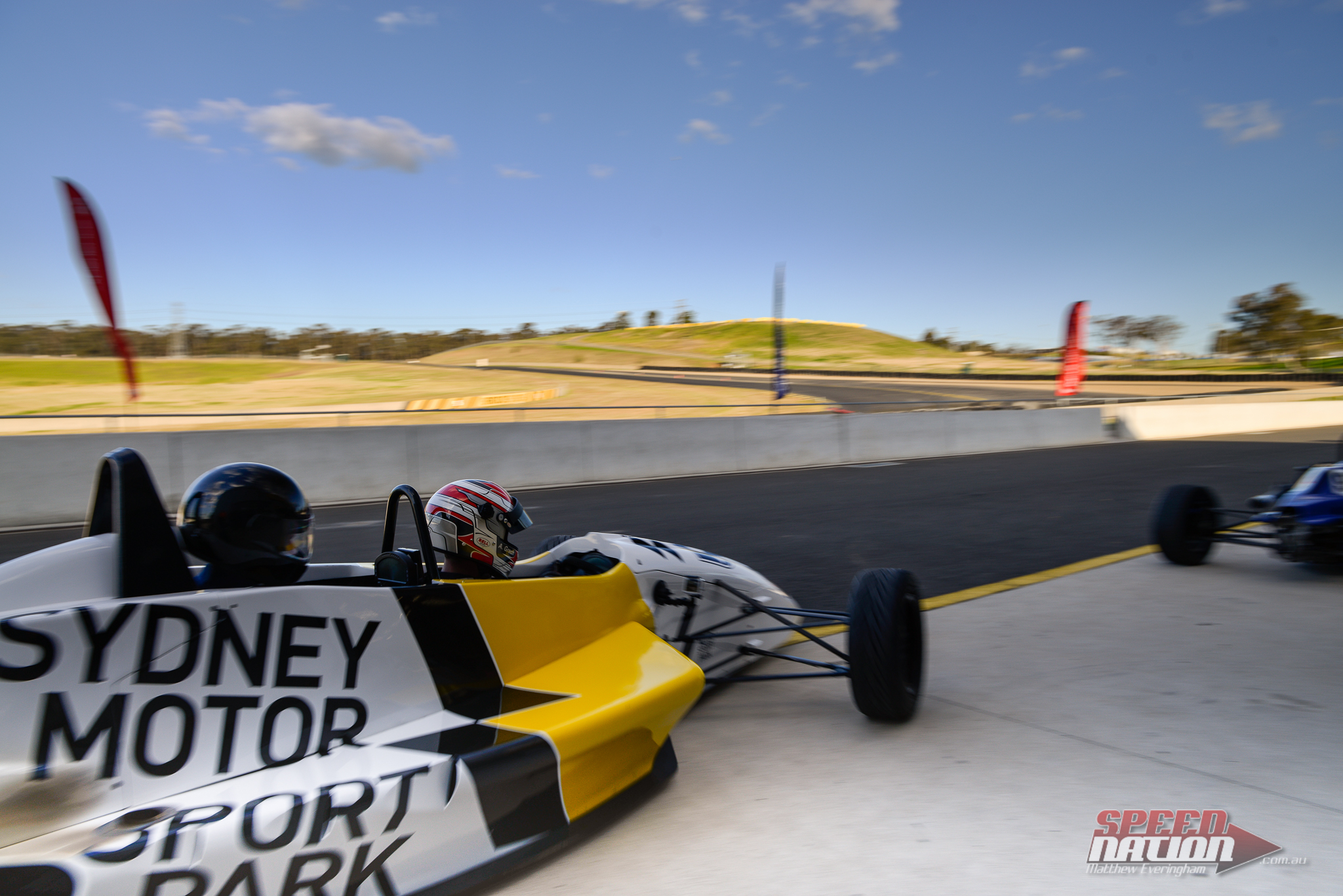 It did feel rather weird being strapped in to a cockpit with a tacho and all the usual telemetry sans steering wheel. I kept wanting to reach out and grab hold of something that wasn’t there. Once the engine fired up cm’s from my ear and we rolled out of the pits It was pretty clear I wasn’t driving. I just held on and let my driver, Aaron Grech, show me what he could do on Sydney Motorsport Park’s South Circuit. 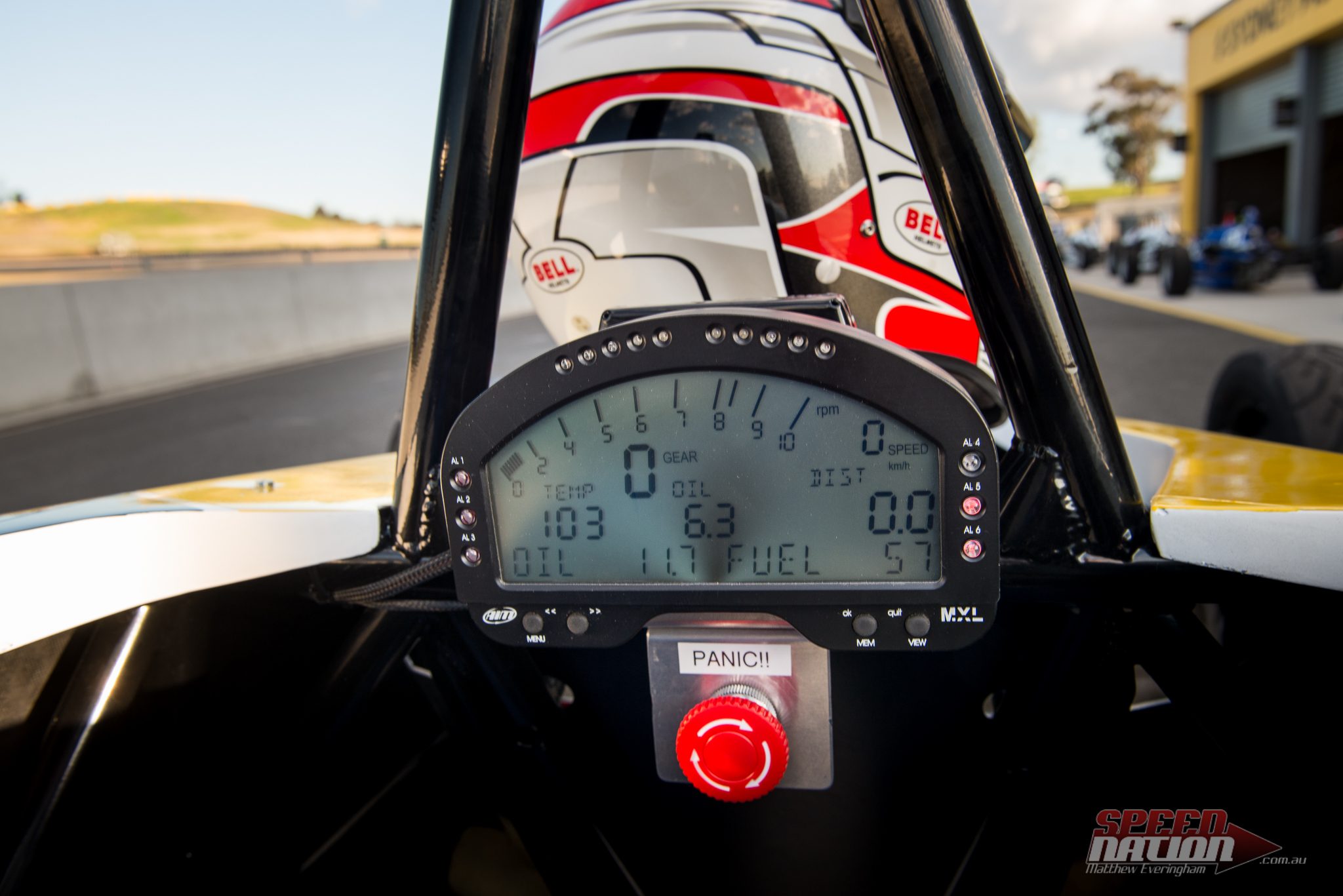 I didn’t mind that I wasn’t steering as much as I had anticipated, the experience was still awesome! Aaron was a far better driver than I am so we pushed harder than I would have gone if it was me steering (Not putting it into a wall was also a good thing). Sitting there as a passenger was fun in itself. It was a like a whole different experience, like a Rollercoaster that just taken ALL of the steroids from a large Music Festival. The G-forces were so much more than anything I’d experienced in a full sized car. Even more than drifting with Beau Yates, or getting silly with Neil Bates in his RA70 Celica! 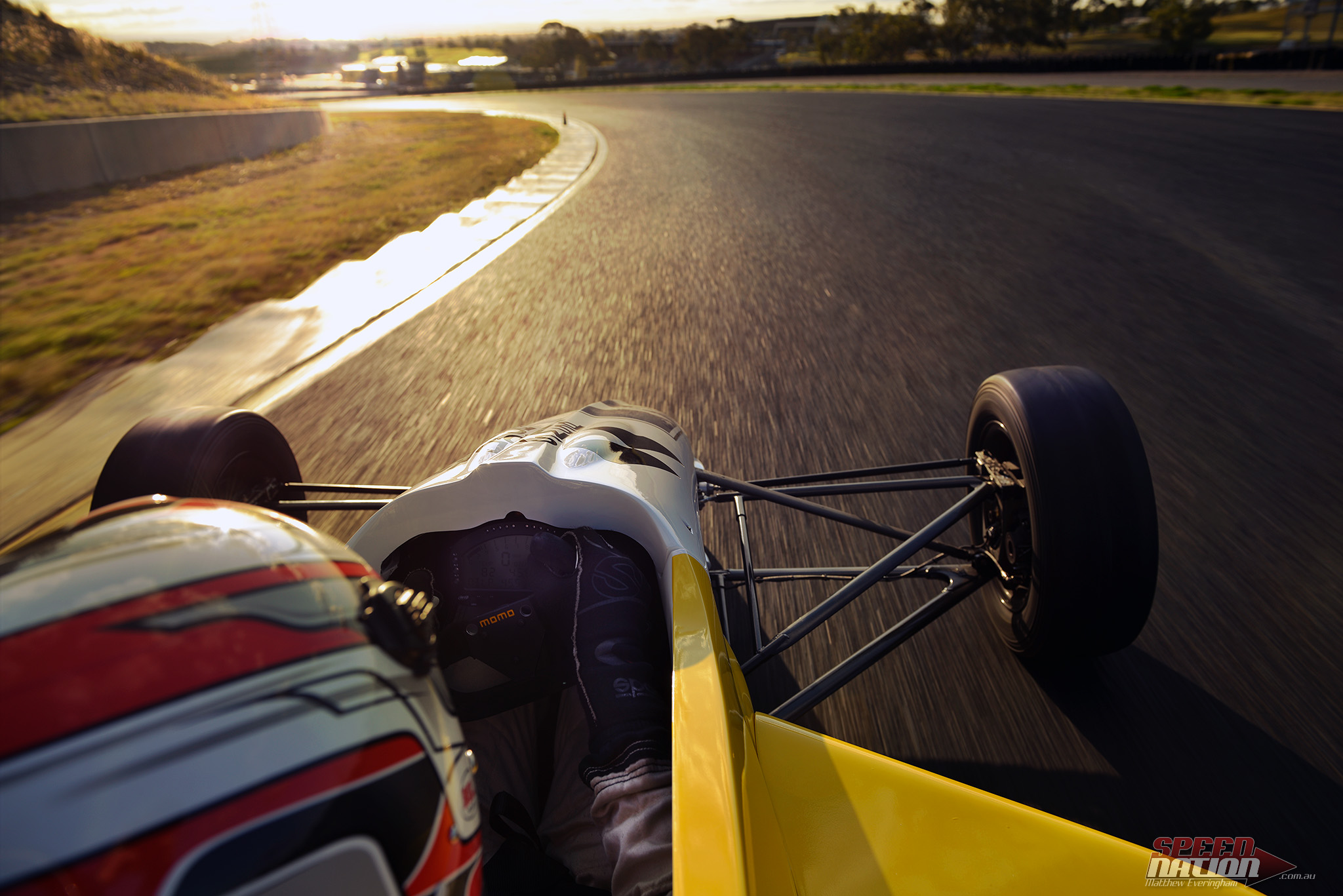 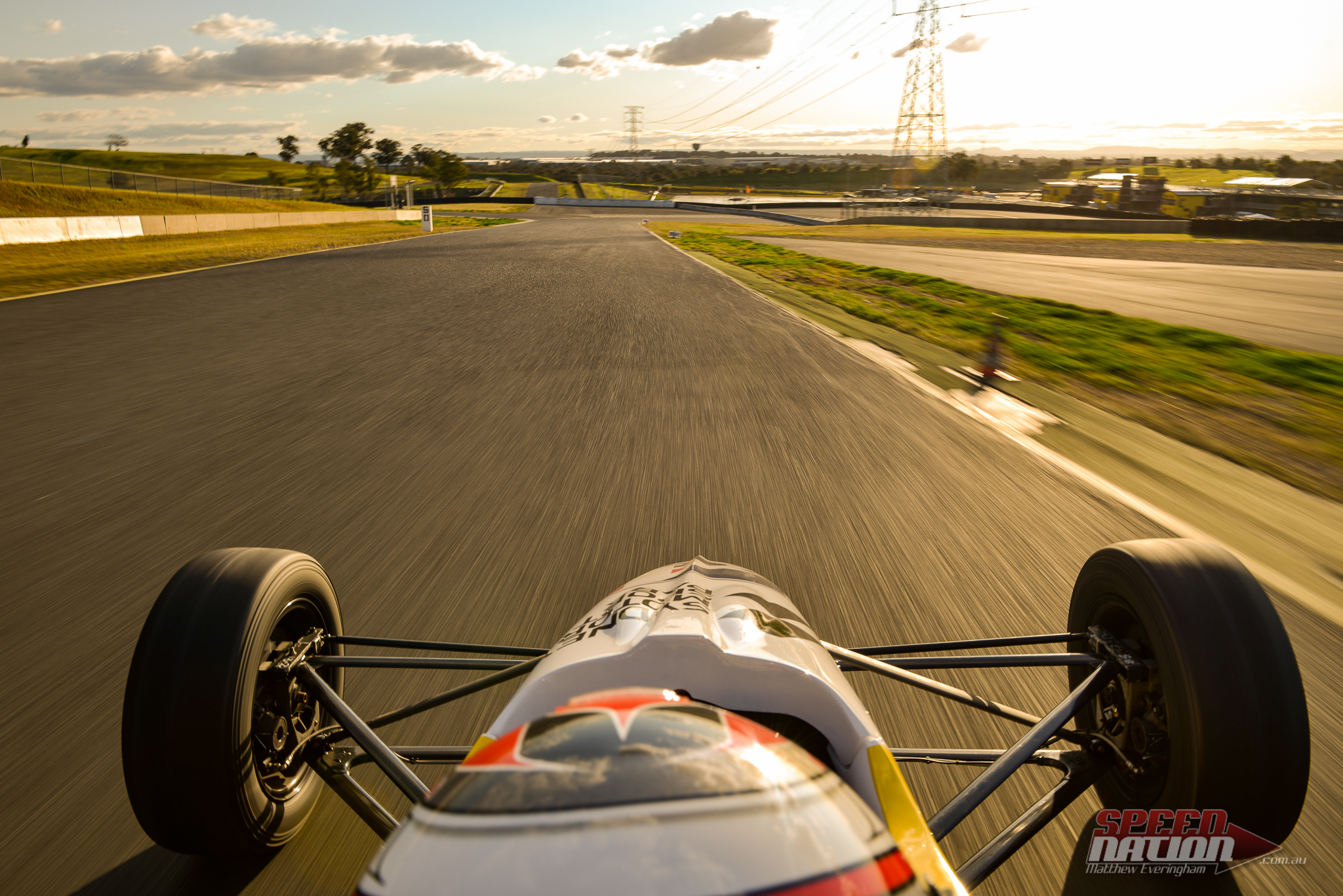 The drive is so raw compared to a road car. Every bump, twitch and tyre shift is amplified 100 times. The roar of the engine is louder, the air rushing around your helmet and the extra G’s pulled by the super nimble chassis. I was loving it! I’ve known Aaron for a while now, I’m pretty sure he was pushing a little harder than he would for most passengers. I didn’t complain. 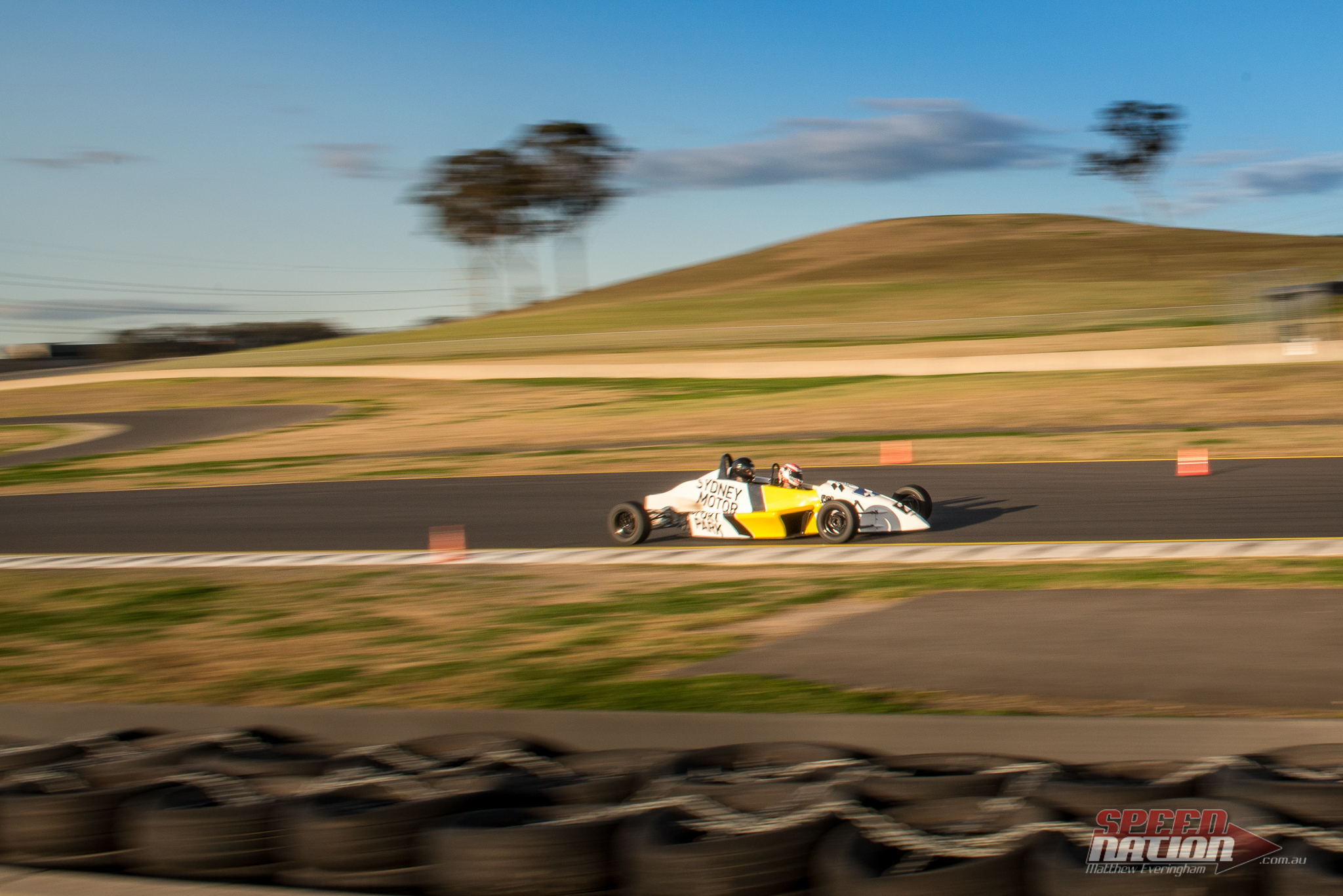 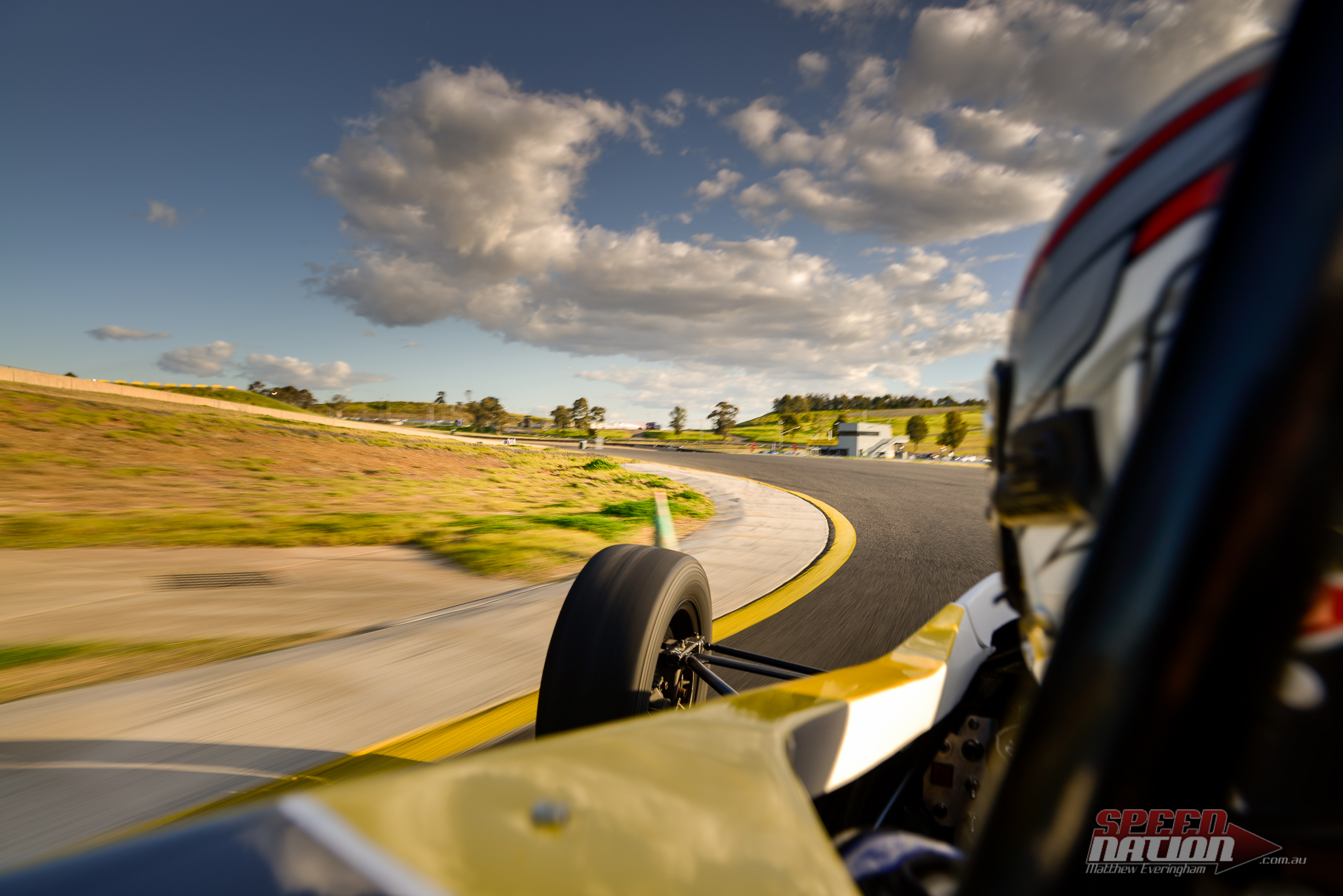 The team at Anglo Motorsport run Driving Experience days down at Sydney Motorsport Park. They also run traditional single seater Formula Fords. You can check out their site here for more info. 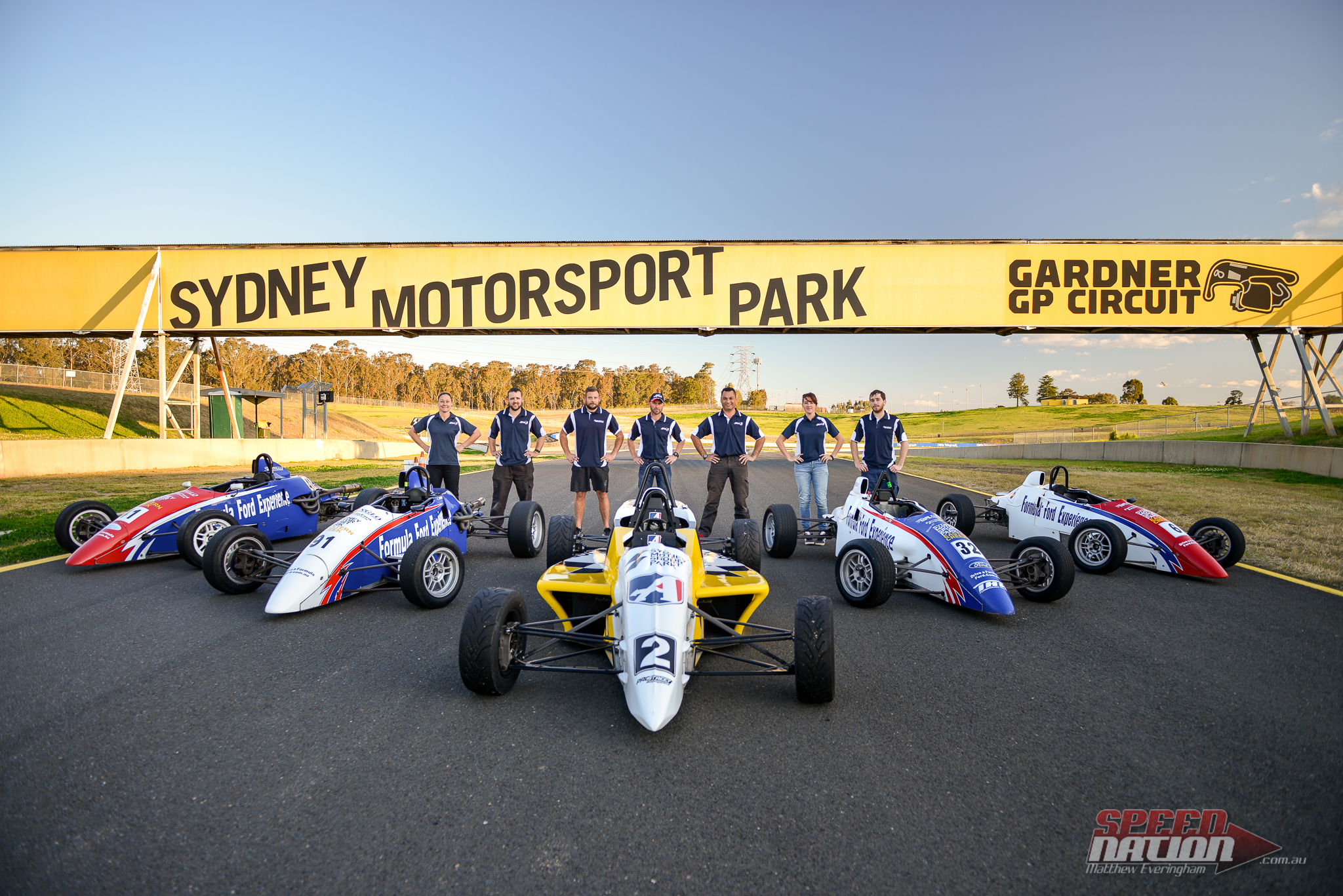 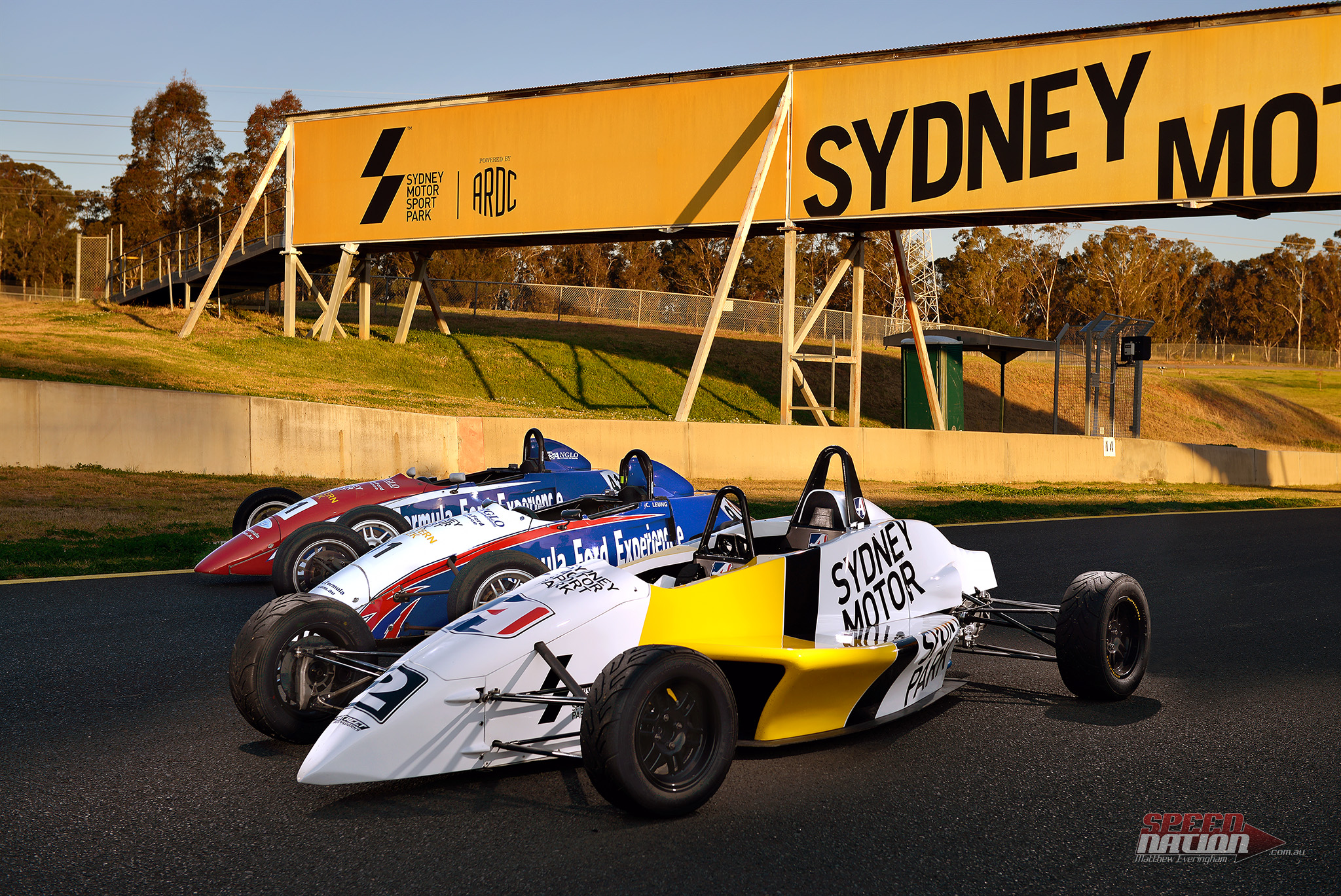 The unexpected and bonus outcome from the ride day was realised until days after. I had a far better connection when spectating Motorsport. I could almost feel the forces through the TV as Riciardo keep it flat through Eau Rouge. The static driver in the cockpit wasn’t so static any more.