We left the Tokyo Auto Salon completely overwhelmed with automotive goodness. We had been completely dominated by the scale of the show, the quality of the cars on display and the buzz of ticking off another box on the ‘life complete checklist’. Regular people would probably call it a night, but not us. Toyota Australia had a whole adventure planned out! 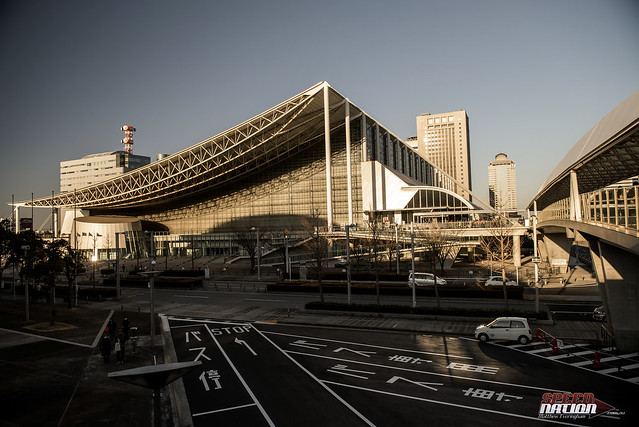 The sun descended behind the horizon as we made our way deeper into the Chiba Prefecture, about a 20 minute drive from the exhibition centre. We were heading to a special Netz dealership. What’s a Netz? Netz is one of the four main dealership chains that sell, service and fit aftermarket parts to Toyota’s across Japan. 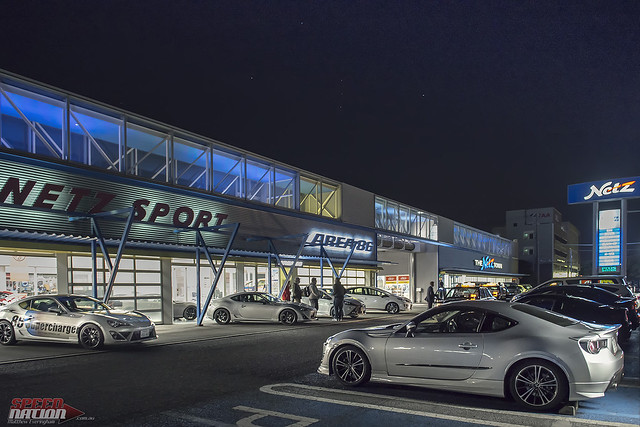 This Netz dealership in particular was hosting a sort of unofficial 86 after party. As soon as we exited our vehicle we were immediately greeted by some of the team and their guests. The party was also open to some of their enthusiastic 86 owners. As soon we the camera was out I was taken over by one owner to inspect his own car. 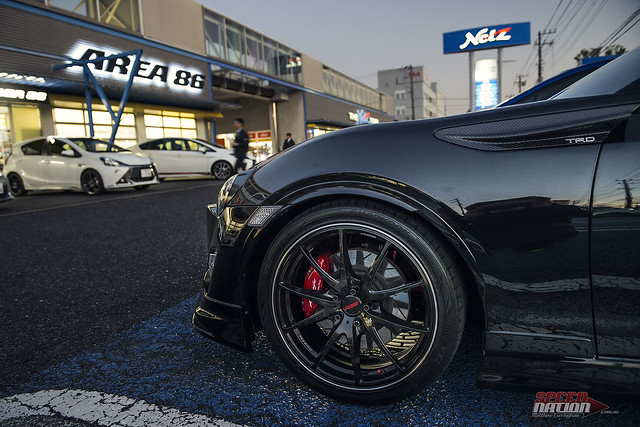 It was a quite a neat little ride, and the enthusiasm displayed was infectious. It’s pretty easy to see how these cars have grown to be so well loved in such a short time. 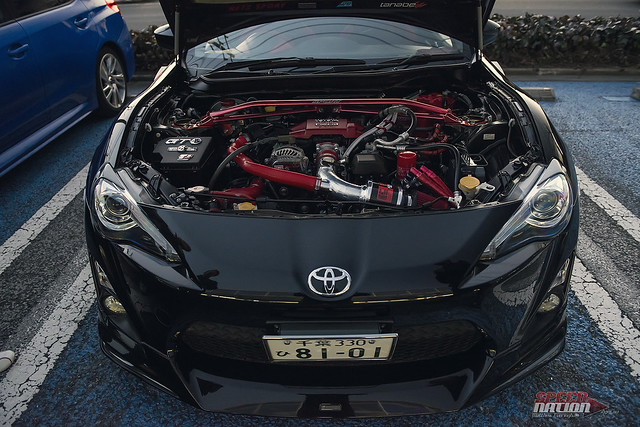 After running around all day I found a pretty comfortable seat. GT6 Sim! Gazoo Racing 86 on Tsukuba! 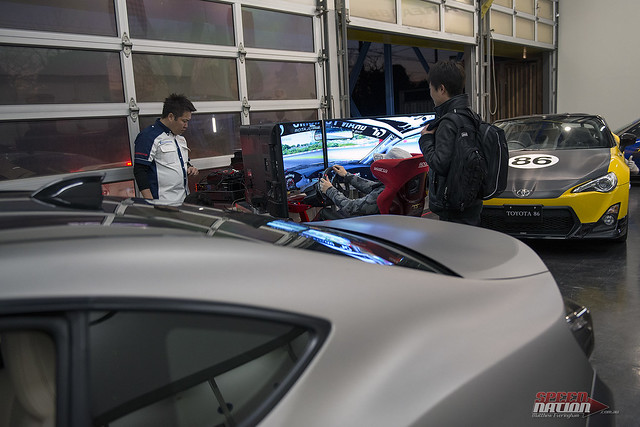 I didn’t get up until I had the fastest lap of the night. 🙂 Not an amazing time, but pretty good for a hack like me. 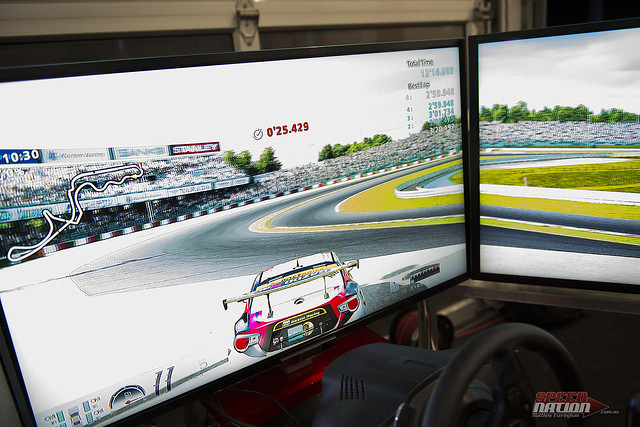 The stars of the night, two prototype/pre-production model 86’s built by J-TACS, which is another branch of Toyota tuning similar to TRD. Spending time in Japan has really opened my eyes to how much cool stuff we miss out on in Australia. But after talking to a few of the guys there, there were rumours that Australia might not miss out on everything. 😉 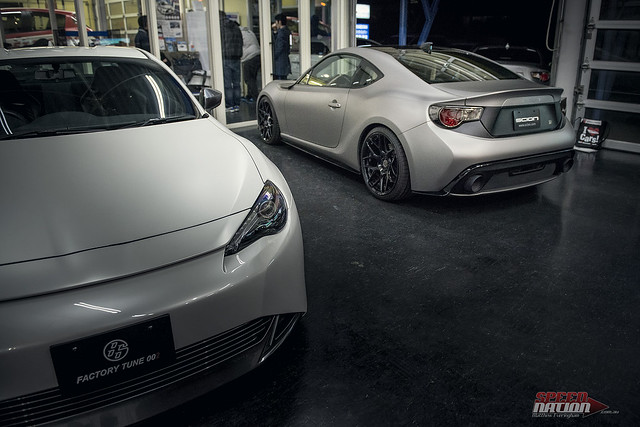 Only time will tell if the whispers have any wind behind them, so for now, let’s just enjoy the view and imagine the posibilities. First up, let’s check out the ‘Style-J’. 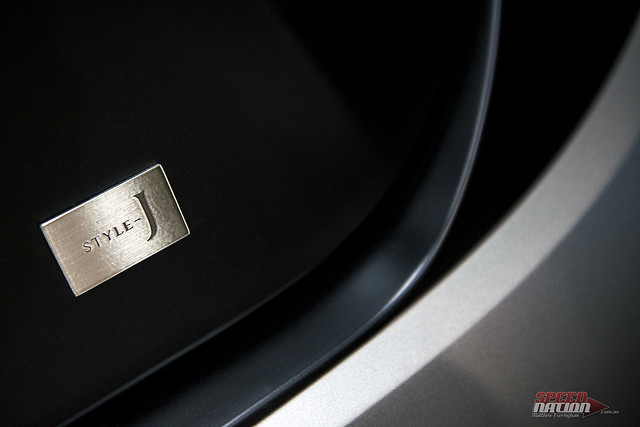 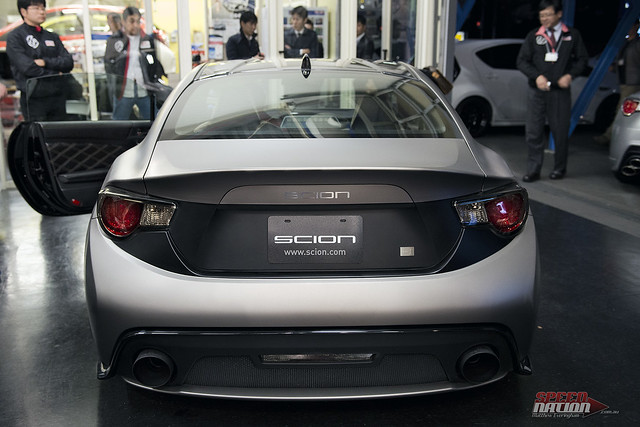 The strong, sweeping lines replace that replace the original factory look bring a completely different feel to the car. It’s more refined, and almost a little more Euro than the standard styling parts. 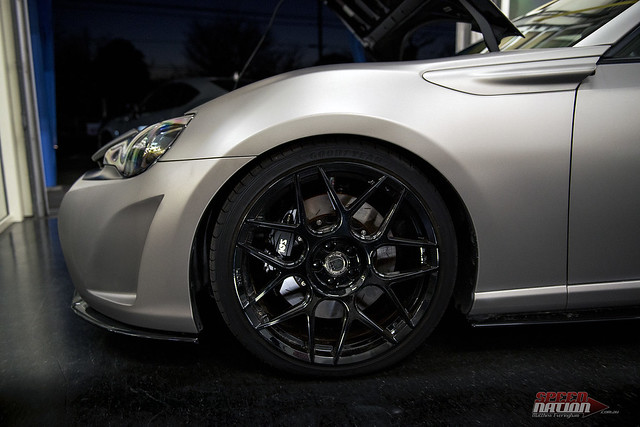 HRE’s on a Japanese car? What? Yep! That’s right, they’re part of the package! 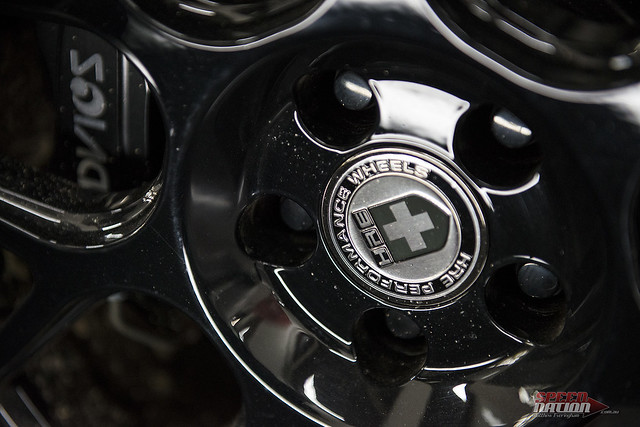 There’s a lot of extra detail when you get up close, the Platinum matte finish on the paintwork compliments the style perfectly. 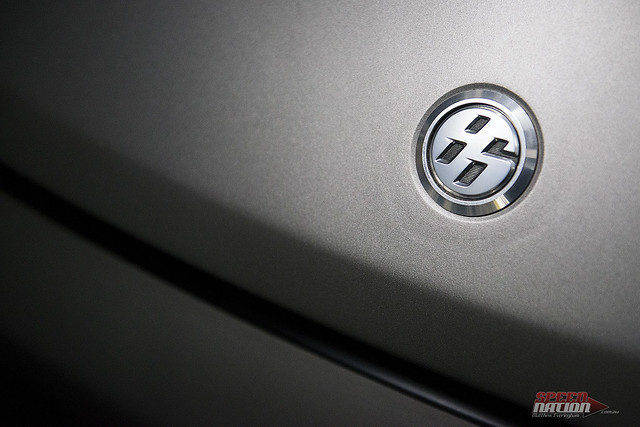 The interior also looks like it’s incorporating a bit of Euro to bring a more refined experience. White leather seats and some amazing door trimming! 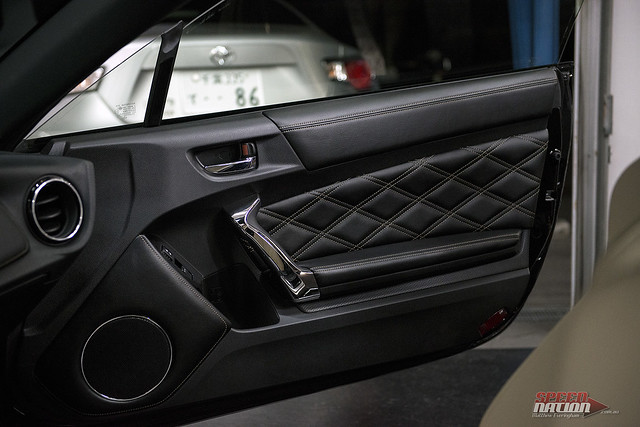 I was almost surprised that it didn’t smell of rich mahogany and old leather bound books. 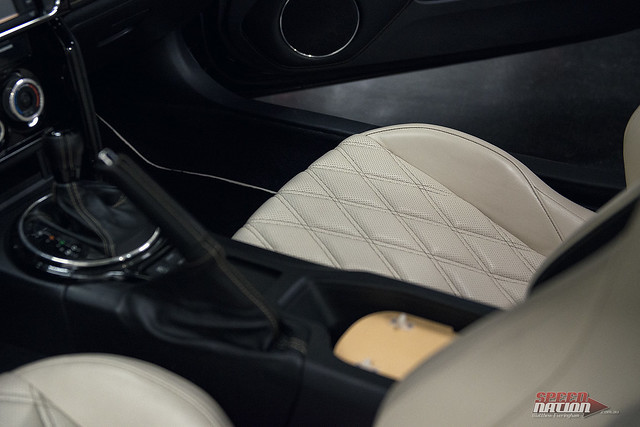 The dash didn’t miss out on any of the gold class treatment. 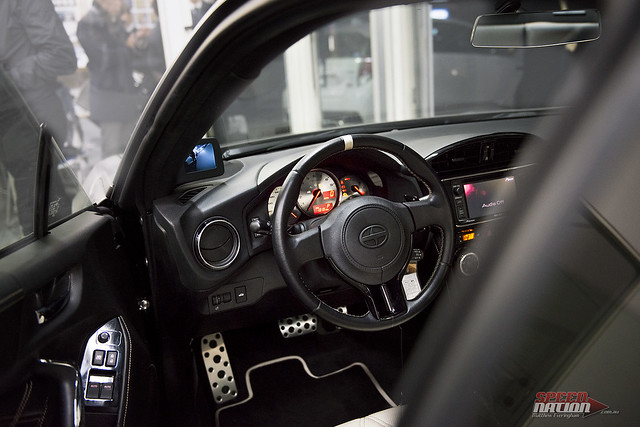 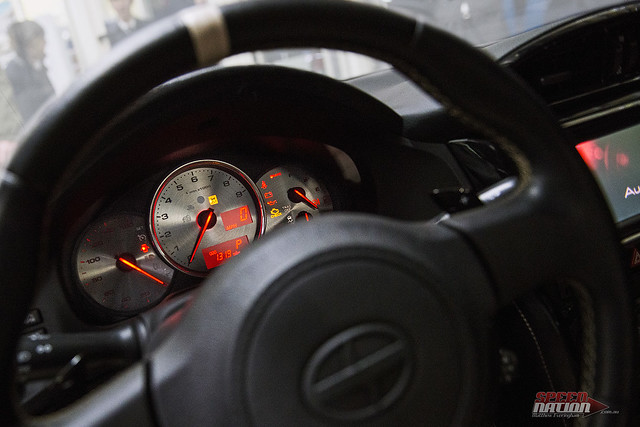 The wing mirrors have been replaced with small CCTV cameras that tuck inside the front quarter panels. A screen  has been added just inside of the A pillar. Pretty neat! 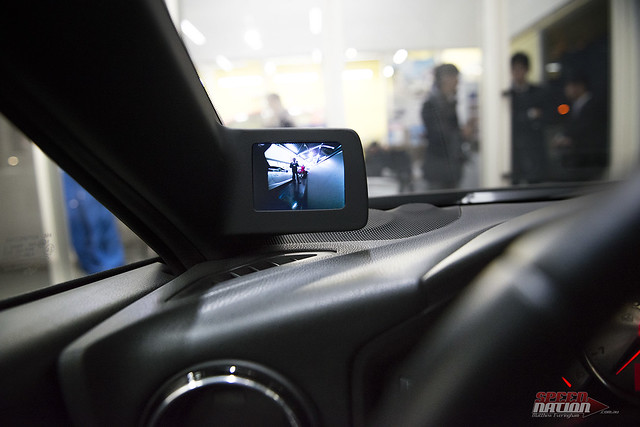 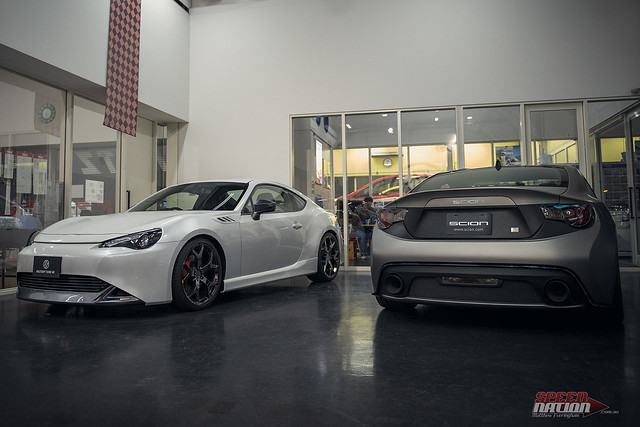 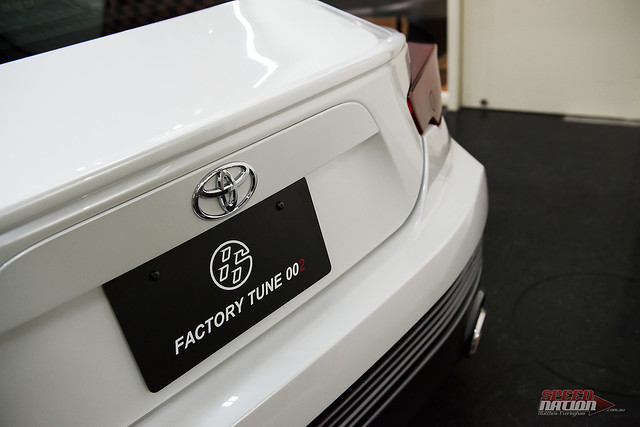 It had a slightly more aggressive look than the Style-J with sharper lines and more flow. 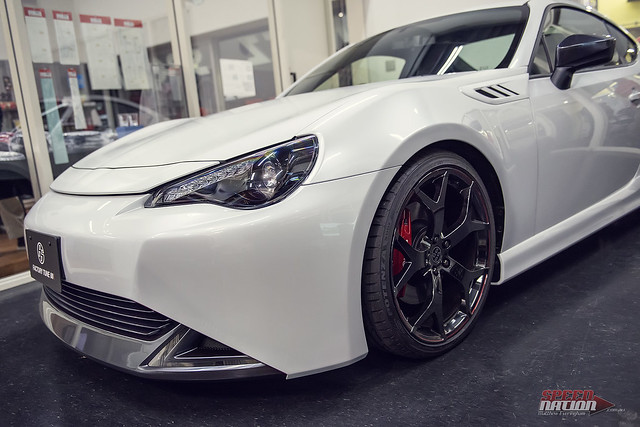 I LOVED the front and rear bar. I thought it all came together quite nicely. 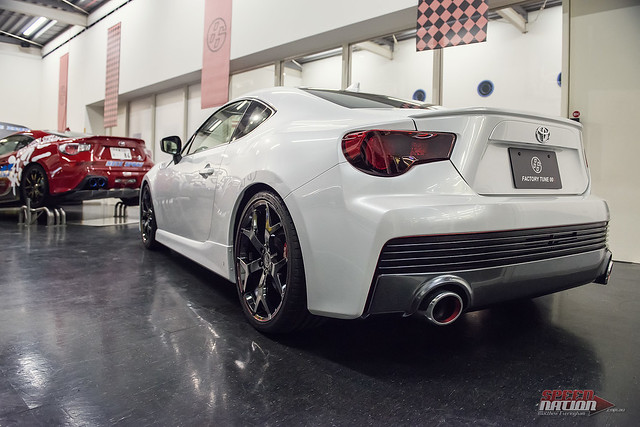 Brakes and suspension were also upgraded on the F002. These 6 pot Brembos should make stopping in such a light car a snap. 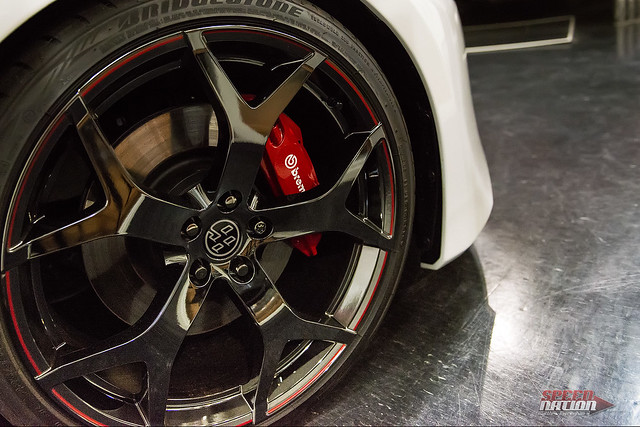 I’d imagine the Australian 86 scene would go mental for the chance to get their hands on these extra goodies! If you’re paying attention you might spot something interesting in the background 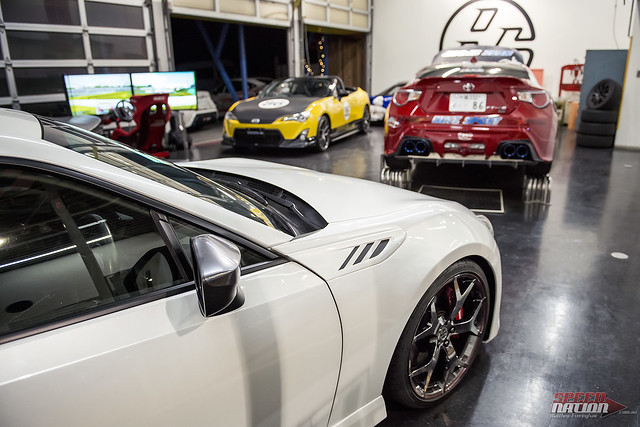 There was of course one more 86 in the Netz show room that deserved a couple of pics. An 86 Bath tub! That’s right, a convertible! 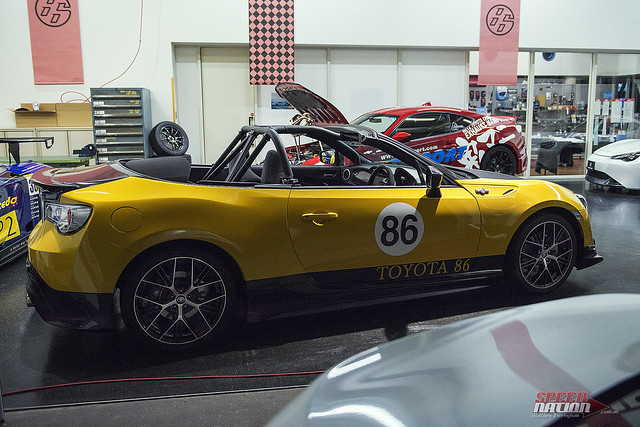 Although it’s not exactly a factory conversion, it is a pretty good indication of what an official convertible 86 would look like… 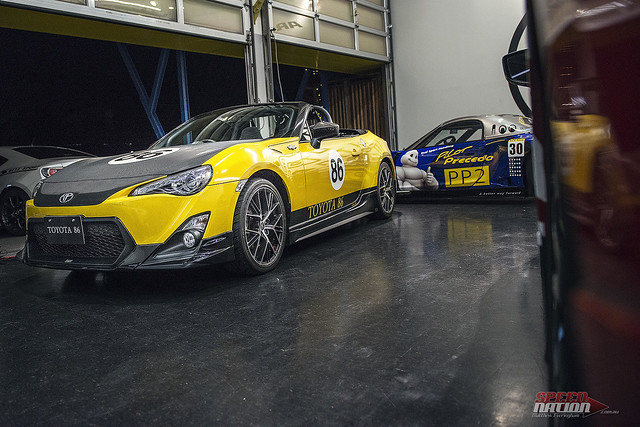 Which isn’t as horrible as I would have imagined, I’m not usually a fan of topless cars, especially ones that weren’t designed from the ground up. It might just be the carbon and the other goodies on display, but this example actually looked pretty neat! 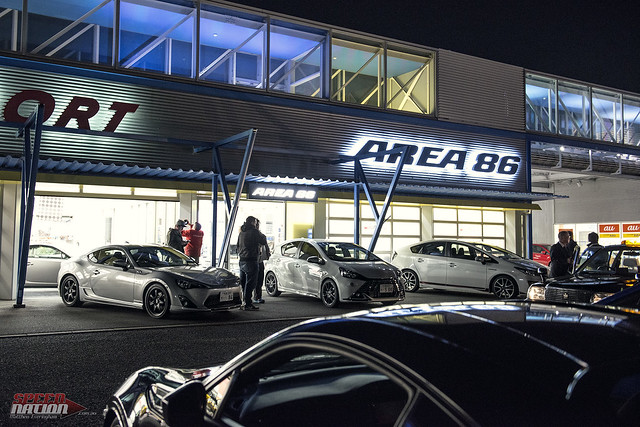 Hopefully we’ll be seeing some more of these options hitting the Australian shores in the near future. Fingers and toes are crossed.